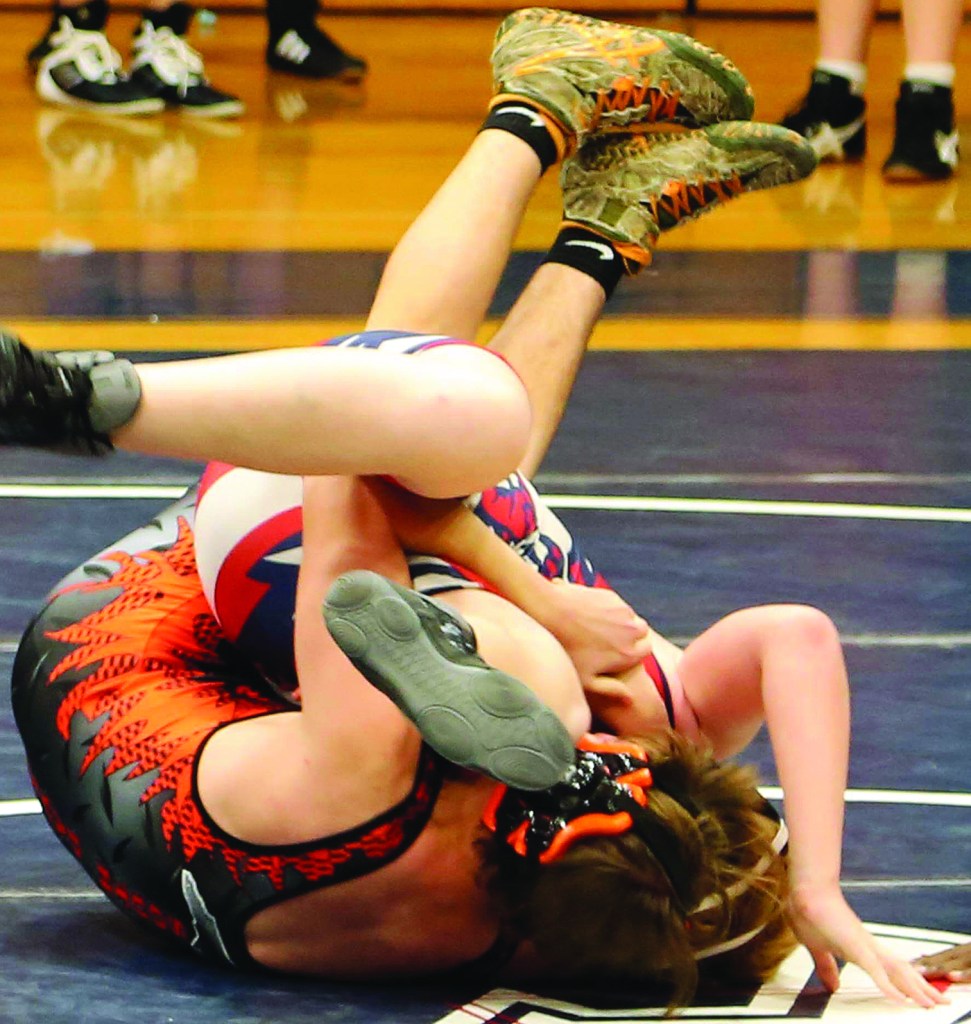 On Nov. 9, North Davie’s wrestling team was 0-2. The Wildcats have developed a swagger in the weeks since, clicking off seven straight wins for the longest winning streak in five years.

After getting swept by South Davie last season and dropping three straight in the series, the Wildcats put nine pins, a technical fall and a major decision on the visiting Tigers on Dec. 12, resulting in a 63-36 win for North.

Davis dug out of an 8-3 hole against Jack Jarvis.

“When the (120) match first started, I thought it was going to be a decision in Logan’s favor,” North coach Jamey Holt said. “He ended up getting a pin in the third.”

South’s Jesus Guzman received a forfeit at 152 and teammate Daniel Garcia erased a 9-1 deficit while pinning Sawyer Sheets at 160. North answered with Alex Mackey, who won by technical fall at 170 to push the Davie newcomer’s record to 4-1. He also put the margin out of reach at 51-24.

“He’s a new kid who moved in from Utah,” Holt said. “He’s just learning the sport right now. He’s strong and pretty physical. If he just learns a few things, he’s going to be tough.”

South’s Devonte Lyerly pinned at 182 and Keith Davis received a forfeit at 195 as South cut the deficit to 51-36.

For good measure, North’s Max Martinez and Brandon Logan got pins at 220 and 250, respectively, to end the night. Martinez was in a 0-0 tussle going into the third.

“We didn’t wrestle well,” he said. “North wrestled better than us and they put it on us. We made a lot of mistakes and we beat ourselves in some places.

“We get to do it again (Jan. 16). Some of the matches we lost were because we made mistakes and we can fix those. At a couple places, they’re just better than us.”

North hosted Ellis on Dec. 15 in another county showdown for the Wildcats, and the same formula propelled them to another sweet victory, 54-45. After falling behind early, they dominated the middle weights.

“People like Collins, Davis, Hill, Richards and Jenkins that play football, they took two on the chin from (Ellis and South last fall),” Holt said. “To be able to beat them in wrestling makes them feel pretty good. It gives them a little extra oomph. It lets them know they’re kind of the lead dog right now.”

Holt will not have trouble convincing his boys that things can change the next time. Last year North beat Ellis 51-42 in the first meeting; Ellis rolled 54-27 in the rematch.

“I thought we wrestled pretty good,” Holt said. “But I told them: ‘Hey, we’ve got to wrestle both (South and Ellis) again. We’ve got to make sure we wrestle better each match.’”

“Webb is very well rounded,” Ellis coach Justin Perry said. “He has a couple good takedowns. He is fast from bottom with his stand up. From top, he has many pinning combinations.”

South’s match at West Rowan on Dec. 13 was a dismal outing for the Tigers, who lost 71-21 for their worst defeat in three years.

Nail, Garcia and Lyerly had pins and Jarvis won by decision. But South dropped 13 of 17 weight classes.

The Tigers responded in dominating fashion, winning 75-22 at Lexington on Dec. 15.

“He’s a big, athletic kid,” Hilton said. “He’s very intimidating. When we were weighing in, the coach from West Rowan said: ‘I want you on my team.’ I’ve heard about kids from other teams being scared to wrestle him. He’s just real intimidating. When you look at him, he’s got an advantage when he steps on the mat. You can tell this kid’s a beast.”

Garcia was a 3-4 afterthought last year. As an eighth grader, he has transformed into a 7-1 terror, the only loss coming against Thomasville.

“He’s the one I was most impressed with (against N. Davie and W. Rowan),” Hilton said. “The kid he beat from North beat him last year. He was losing and came back in the second period to pin him. Daniel is really starting to get it. He is putting three and four moves together. Every day he’s focussed on improving and getting better.”