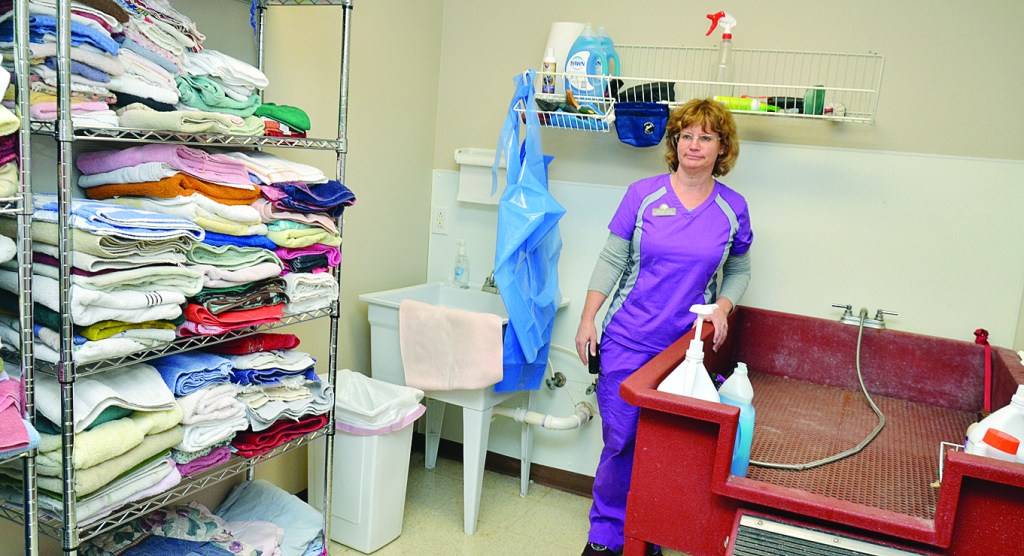 In a perfect world, all dogs and cats would have loving, safe homes where shelter, food and warmth are the norm.

But in reality, that’s not the case.

Each year, across the United States, scores of animals, some feral, some pets, are picked up and eventually euthanized in animal shelters. The lucky ones are adopted.

The Humane Society of Davie County (HSDC) and Davie County Animal Services (DCAS) are working to make sure there are more lucky ones.

In February, commissioners voted to buy the adoption center, which had become a financial burden, from HSDC and move DCAS to the nearby Eaton Road site, a newer and nicer facility. The organizations are working together toward the common goal of reducing the number of pets surrendered to the shelter and the number of pets euthanized.

DCAS is the first stop, where pets are assessed, and efforts are made to prevent the surrender, if possible. If that is not possible, the animal is taken in, vaccinated and placed on quarantine hold. If the pet is able to be adopted, HSDC staff market the animal on social media, in the newspaper, and on websites. All those adopted go home with vaccinations, are spayed/neutered (depending on age) and are microchipped.

And, thanks to a recent fundraiser that resulted  with more than $10,000 and DCAS Director Bob DeWitt wearing a pink poodle skirt in two local parades, families looking to adopt could pull out of a hat an adoption fee.

On a recent visit to the center, there were several dogs, cats and kittens waiting for permanent homes. There was even a mama cat with her three tiny babies, which will be available for adoption in early January.

Lisa Nielsen, vet tech, intake coordinator and jack-of-all-trades at animal services, provided a tour of the facility, which includes a training room, break room, laundry facilities, donations room, grooming area and others, in addition to the kennels and cages where the animals are housed and let out when volunteers visit to help care for them. Sheldon, the docile resident shelter cat, visited and enjoyed being held and having his chin scratched.

“Two years ago, he’d have been put down when he came in. He was so freaked out and there wasn’t the room or the resources to provide for him,” Nielsen said.

Working with all the animals that enter the facility is a large part of what the volunteers and staff do, because no one wants to adopt an animal that isn’t friendly or calm. Since July 1, DeWitt said, three-quarters of the animals brought in, 305, have left the building alive.

Carrie DuPre, marking manager for HSDC, said on average, around 60 animals a month are adopted, either locally or transported to nearby states with strict spay/neuter programs, since there are fewer animals there available for adoption.

“On a good month, before HSDC and DCAS merged, around 20 were adopted. The record then was 35. One of the reasons we are able to adopt more now is because we have streamlined the adoption process. It’s like match.com but for pets. We don’t have quite as many requirements as we had before; now you just have to be a good pet owner,” she said.

Nielsen agreed, saying: “This has worked really well because we each do what we do best, with Animal Services getting the pets healthy and ready to be adopted, and the Humane Society marketing the pets and getting them adopted.”

DuPre said anyone who is interested in adopting, fostering, volunteering or simply learning more about the center is welcome to stop by for a visit.

And Sheldon, possibly one of the softest cats ever, is always up for a chin scratch.

Adoption hours are Tuesday-Friday 11 a.m.-4 p.m. at 291 Eaton Road in Mocksville or by appointment.