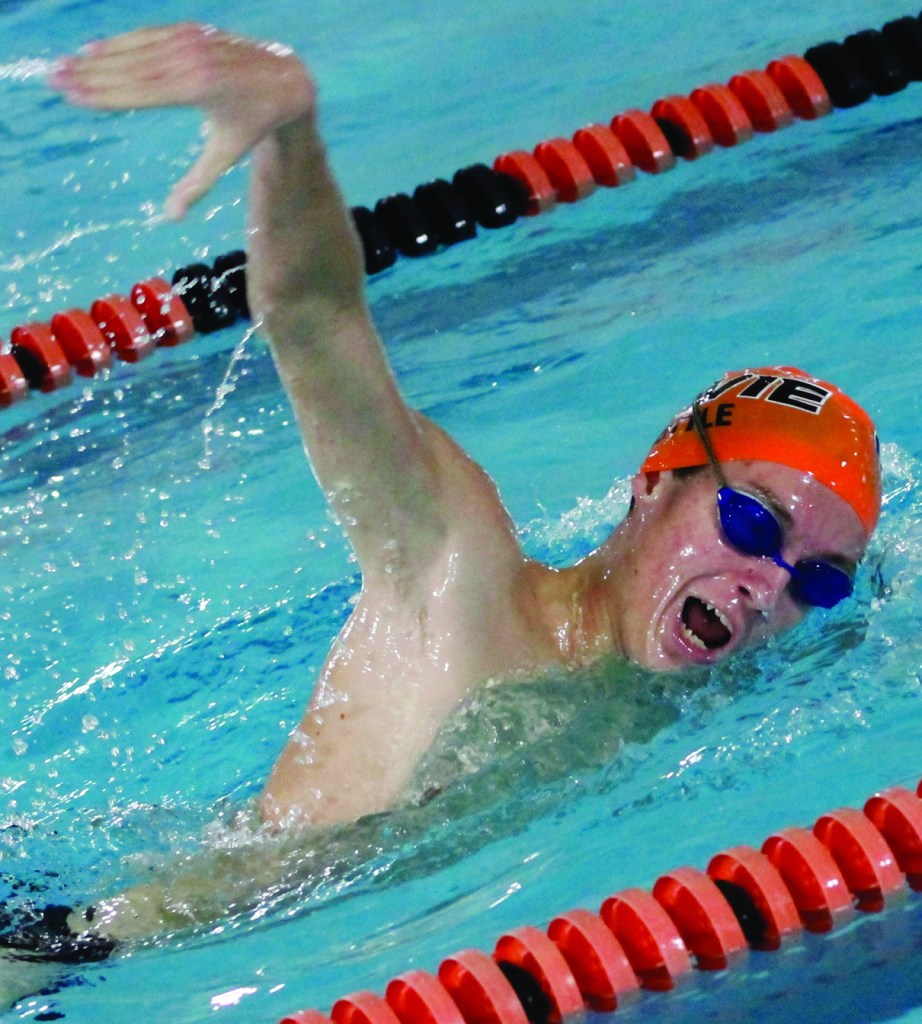 Junior Andrew Hilton of the Davie boys swim team illustrated his natural potential during a home meet against West Forsyth and Glenn on Dec. 5.

Even though he’s a first-year swimmer for the War Eagles, he captured the 100 free and 100 backstroke. After running cross country in the fall, he decided to make a return to the competitive pool.

“I used to swim when I was younger and I stopped because I had swam a while,” Hilton said. “Then I wasn’t doing a sport this winter, so I figured I might as well try it.”

“I was hoping to break 1:15 because that is a consideration time for regionals,” Hilton said. “I did a lot better than I thought I would. I was excited. I realized since it was my first time swimming it, after practicing a little bit more I may be able to take a little bit more time off.”

The Davie boys took second in the 200 free and 400 free relays, and you can probably guess who swam a leg on both relays. Yes, Hilton. Mikhail Harris, Adam Gledhill and Evan Shives joined him on the 200 relay team, while Harrison Shives, Gledhill and E. Shives were the other members in the 400 relay.

E. Shives had a very productive day with second places in the 200 IM and 100 butterfly.

Sinopoli was runner-up in the 200 IM and 100 butterfly. The relay teams that finished second: Sinopoli, Riley White, Alexa Hutton and Mackenzie Umberger in the 200 medley; Kyleigh Harnsberger, Abigail York, Moriah Little and Emma Helton in the 200 free; and Hutton, Umberger, White and Sinopoli in the 400 free.