Organs made in Davie making their way across country 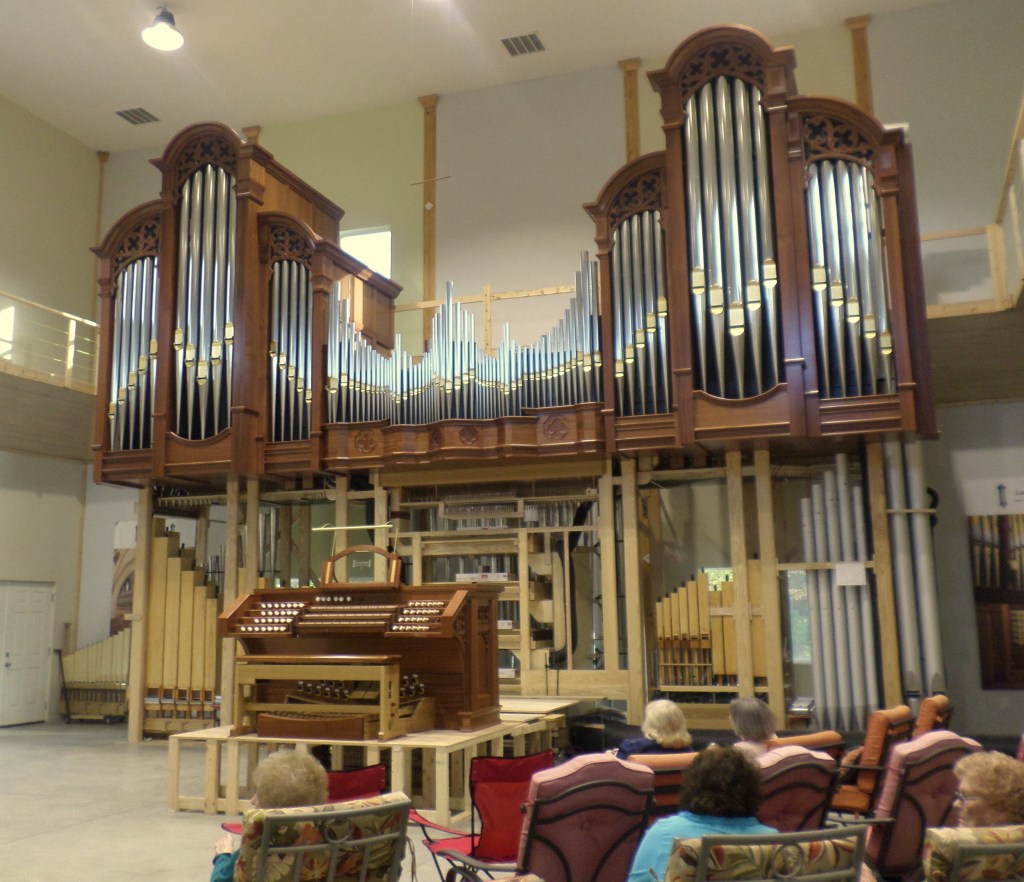 When a master craftsman claimed a bit of our countryside as home, we owed the honor to what residents relish most about our small and often unheard of town, Mocksville.

Small town living with tranquil, country landscapes and lush, green pastures teeming with wildlife, just got better when a master organ maker took up residence and built his workshop here a few years ago.

Craftsman Tom Lewtak, who once lived in upstate New York, ventured south looking for enough land on which to build his organs. He discovered his prized location which came with 15 acres of land a home surrounded by nature.

The setting served him well as he built a large workshop, one not only functional but designed with state-of-the-art equipment, built to meet the needs of his craft.

“Organ builders are usually located off the radar in deep country where peace and quiet are found,” Lewtak said.
“This area was very enticing for the peacefulness.”

An important part of his decision to buy land here was dictated by the fact that religious life is thriving in this area of the country and organ work is needed in many churches.

There are two distinct types of craftsmanship in building an organ. First, there’s the woodcraft which is woodworking artistry. Then, there is the “voicing of the pipes” which is the most important part of organ building.

“Obviously, if you don’t have good sound, you are not going to have a good organ. Producing the sound is of high importance. It is an instrument, after all,” said Lewtak.

Recently, a busload of folks traveled from  Columbia, S.C. and made their way to the country to witness the grand scale operations where building and assembling of their church organ had taken place. Over two years, hundreds of hours of painstaking, meticulous workmanship have gone into building the organ.

Lewtak Pipe Organ Builders held an open house to celebrate the years of work in building Lewtak’s most recent masterpiece. Members of Shandon Presbyterian Church were the first to hear glorious sounds of air pumped through the 24-karat gold trimmed pipes of their soon to be new mechanical pipe organ.

With a guest list of Who’s Who among organ aficionados, in addition to a busload of folks from Shandon Presbyterian, members of the Organist Guild of NC traveled from the eastern part of the state to hear the organ make its first public sounds.

Terry Byrd-Eason, a prominent nationally acclaimed designer of church interiors was present. Byrd-Eason’s design went into the façade of the instrument. Lewtak acknowledged his presence saying: “It was an honor for him to make the trip from Raleigh with his staff.”

Also present was Wayne Leupold of the Leupold Foundation and Archives. Leupold is an educator and librarian well known for his curriculum to help teach children to play the organ.

Most importantly, many neighbors dropped by the workshop to support Lewtak and local residents made the drive out to the countryside to hear the first sounds of the organ.

The honor of playing the organ for the first time went to Timothy Belk, administrator and music director for Shandon Presbyterian, and he delighted the audience with a brief recital. Lewtak made the acquaintance of Belk years ago while renovating and rebuilding an organ at a Presbyterian Church in Gastonia where Belk was the minister of music at the time. Their association then led to the commission of the work for Shandon Presbyterian.

A graduate of the School of The Arts in Winston Salem, and former student of master organist John Mueller, Timothy Belk has strong ties to the Piedmont.

Belk reiterated that expertise was the crucial reason for choosing  Lewtak, as the master craftsman to create the new instrument for his church.