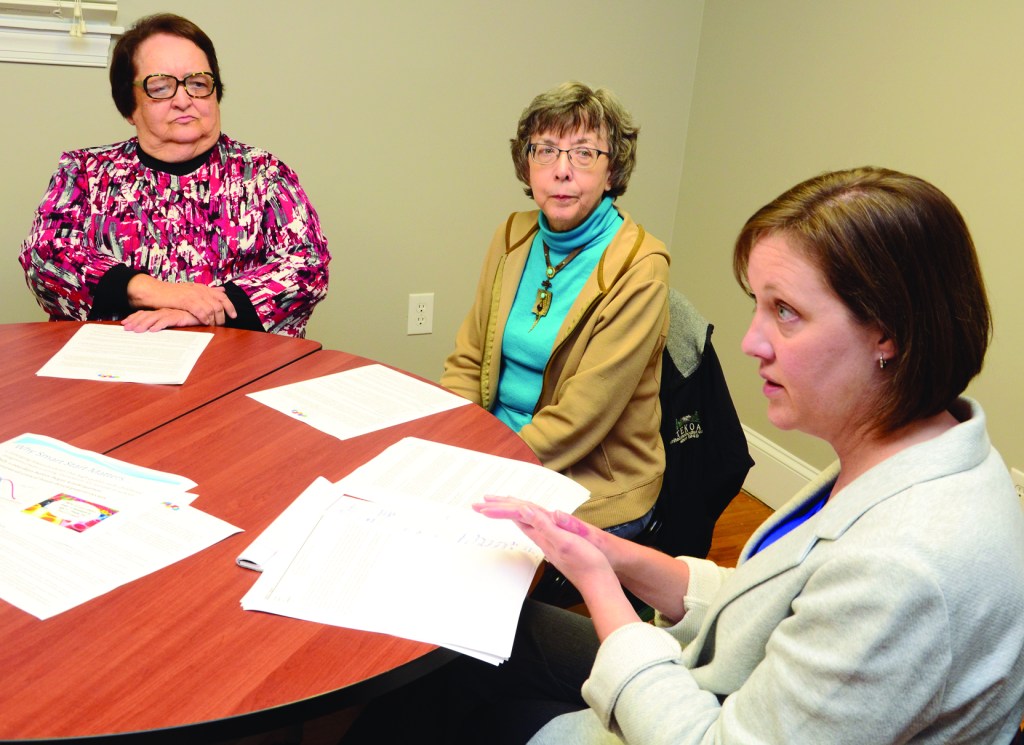 Gena Taylor loves to point out the fact that 90 percent of a child’s brain is developed by the age of 5.

Her take on that statement.

Make the most of it.

And as executive director of Smart Start of Davie, she’s doing her part to do just that. Celebrating its 20th year, the agency that caters to children age 0-5 and their families continues to offer education initiatives for children.

Smart Start began in Davie County by taking it to the next step, day care providers. And while all of the above are still important, Smart Start has taken it a step further – to the families.

“It came down that these children are just not prepared (for school),” Taylor said. “If we could help teach them from birth to 5, how much better could they do?”

The program is operated according to state standards, and 16 of the 20 board members are mandated appointments.

Karen Smith and Ruth Hoyle remember when Smart Start began in Davie County some 20 years ago. As directors of social services and the library, respectively, they saw that it required departments to work together, and some didn’t want to lose control. There were also politics involved, and after Davie got accepted into the third level of participants, local leaders eventually rallied behind Smart Start.

Former commissioner, the late Carl Boon, even made it onto the state board.

“We were all interested in helping children,” Smith said. “People brought in a lot of ideas.”

In the beginning, the focus was on training for daycare workers, getting local centers up to state standards. Trained daycare workers know better how to help children learn, and are more likely to stay in the same job longer, she said.

Incentives for day care centers are still there, and it remains a vital part of the mission, Taylor said.

“It truly was a collaborative effort,” Hoyle said, adding that funding has always been a struggle. In 2010-2011, 40 percent of state funding was cut. They began applying for and receiving grants. Businesses support Smart Start because it’s not only a better environment for their workers’ children, it could mean better prepared workers in the future. “You use the resources you have and you work together.”

North Carolina was one of the first state’s to include pre-school education, and most have followed, Smith said.

Because it works, Taylor said.

The number of children receiving quality pre-school care went from 33 percent to 64 percent since 2001.

More children receive developmental screenings, up to 98 percent from 81 percent.

“Through early intervention services, health awareness, and parenting education, our hope is to improve and impact the lives of every young child and their family in this community,” Taylor said.

Smart Start services are open to all families, although a significant part of the budget goes to provide day care fees for families that qualify.

All literarcy programs are privately funded, including the Imagination Library, which thanks to the Mebane Foundation, has provided 97,685 books to more than 3,200 children since 2005. Each child that is signed up receives, in the mail, an age appropriate book every month until their 5th birthday.

“We are leading the charge to educate our community leaders, parents, educators and childcare providers on how important the early years are to a child’s future development,” Taylor said. “By raising the community’s awareness on issues that affect young children, we are able to identify their needs and search out or develop solutions that will meet those needs.”