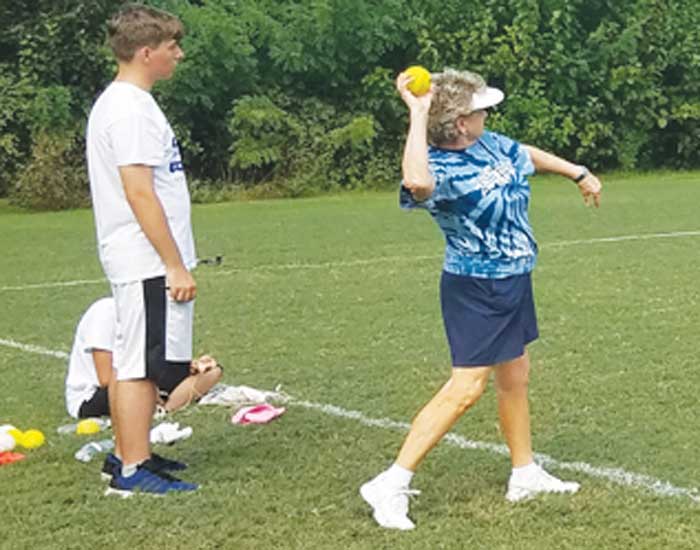 When you think of an athlete, who is the first person that comes to mind?

Maybe it is your favorite professional football player or perhaps your son who is the star player on his high school basketball team.

When Davie County Senior Games thinks of an athlete, the first to come to mind are the 46 senior athletes who competed in the 2017 N.C. Senior Games State Finals.

Merriam-Webster’s definition of an athlete is “a person who is trained or skilled in exercises, sports, or games requiring physical strength, agility, or stamina.”

Rodgers Peoples and Becky Rizzi exhibited the skill and strength necessary to win medals in bowling doubles and mixed doubles.

Dave Salmon demonstrated his training and stamina during his medal-winning 10K run.

All participants revealed their agility during events, including Barbara Chapman as she medaled in cornhole, shuffleboard, and bocce and Charles Mashburn during badminton and archery.

During August, September and October, local participants traveled across the state to compete in athletic events against the top-ranked participants from 52 other local games. The Davie County competitors qualified for State Finals at the 2017 Davie County Senior Games during April and May.

Davie County’s competitors won a total of 57 gold, silver, and bronze medals for events such as pickleball, horseshoes, cornhole, basketball shooting, and golf.

In addition to individual competitions, Davie County’s basketball team, the Silver Spirits, won gold in the basketball tournament for the 21st time in 23 years. The Davie County Guys and Dolls, Davie County Senior Games’ cheerleading squad, won silver in the cheerleader showcase during their first year.