Duke looking to the sun 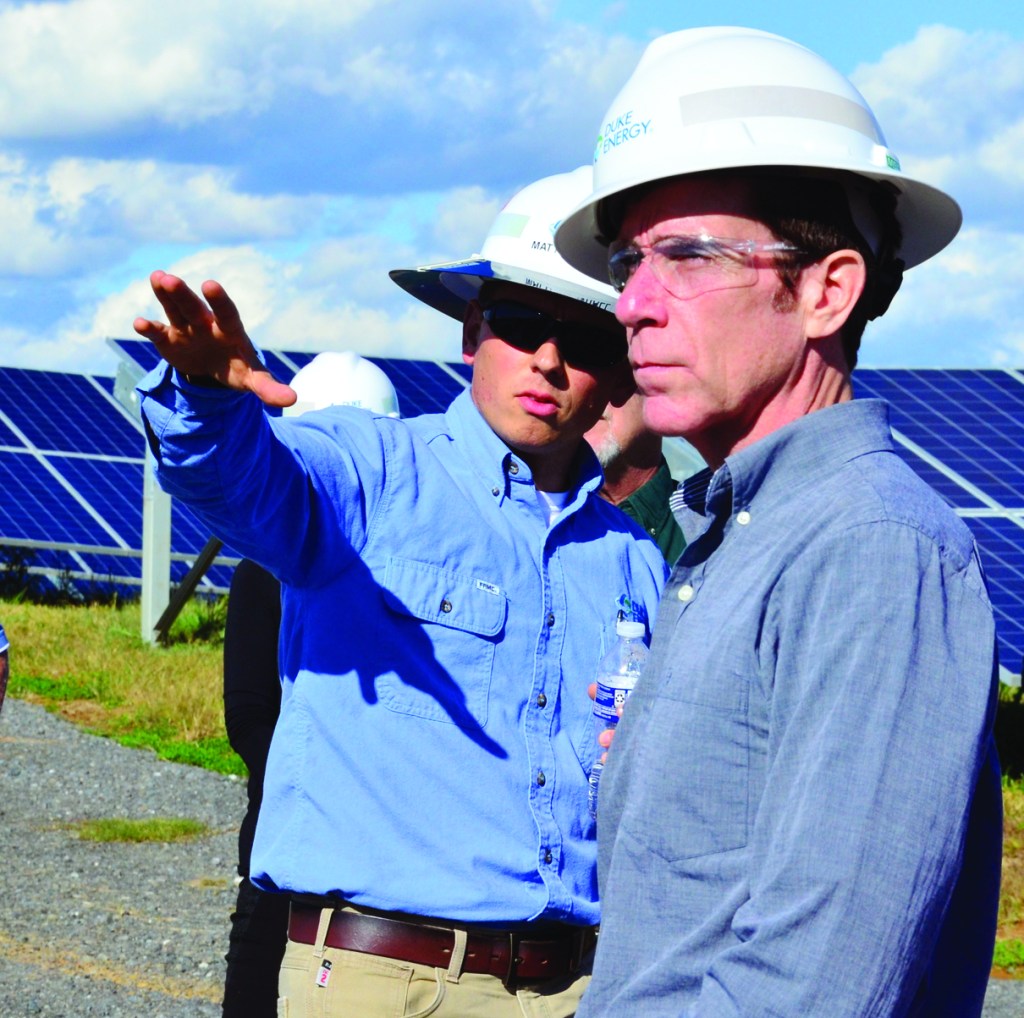 The solar panels reach almost as far as the eye can see, the dark blue panels pointed toward the Carolina blue sky.

Duke Energy’s newest solar farm in Davie County is in full swing on 110 acres between Cooleemee and Mocksville. It’s situated off the road, and according to Duke Energy officials who gave a tour to Davie officials last week, the farm is shaped somewhat like North Carolina.

Randy Welch, Duke’s manager for government and community relations, said the solar farm is part of Duke’s diverse energy portfolio. Finally, solar is getting closer to being cost effective, he said.

The site has it’s own weather and transmission stations, and can produce 29,831,588 kWh annual energy production. It can be monitored remotely.

Mowing between the panels is another cost, one Duke contracts to other companies. Other than that, there is little need to be on the site daily.

According to a Duke release, the law will mean Duke brings an additional 2,660 MW of solar energy onto the grid, more than doubling today’s level. The company will also provide more support to residential and business customers with solar energy programs.

Welch said Duke built into the plans measures to replace  or remove the solar panels at the Davie facility. The panels are exepected to last 20-25 years. They are on leased land.