Merrifield a stolen base champ 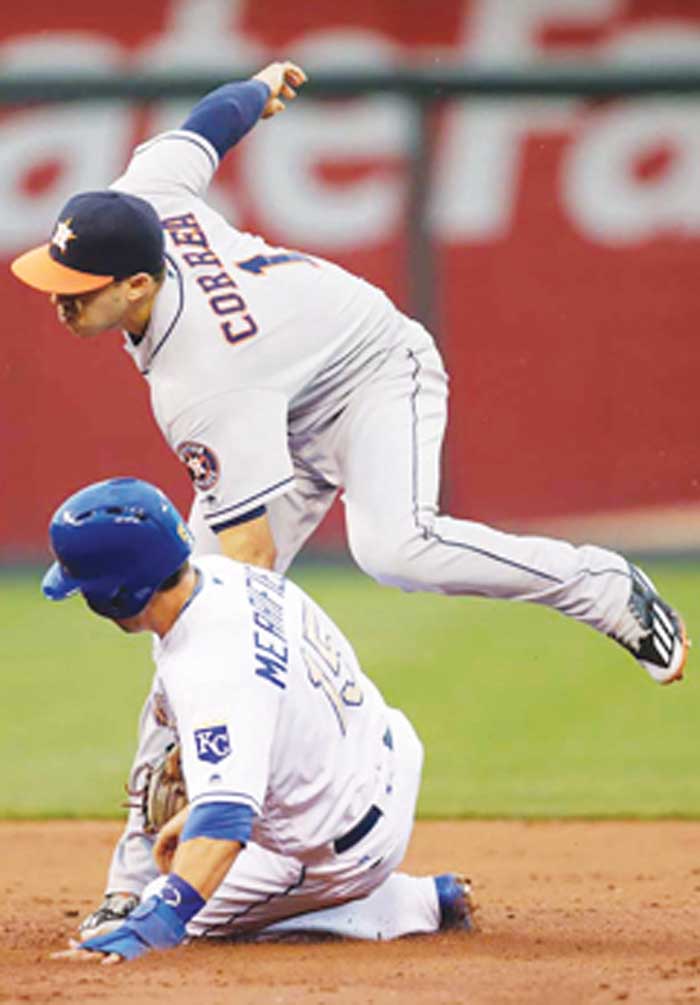 Whit Merrifield of Advance began the 2017 baseball season in Omaha, dumped to Triple-A as Kansas City made room for its prized young prospect, 21-year-old Raul Mondesi.

When Mondesi went 4 for 37 (.114 average) with 13 strikeouts over 13 games, Merrifield was called up. The first move (making room for Mondesi on the opening-day roster) backfired. The second move (recalling Merrifield to where he belongs, playing everyday at second base and batting leadoff) had Merrifield’s vast fan club buzzing for five and a half months.

Who could possibly have imagined that in early April?

“Whit’s always been a baseball player, and I think he was always going to will himself into being a major league player,” Royals hitting coach Dale Sveum told Sporting News. “He’s a guy that tries to prepare for Game 7 of the World Series every single day.”

With 34 steals, Merrifield became the fifth Royal to lead the AL in steals, joining Amos Otis (1971), Fred Patek (1977), Willie Wilson (1979) and Johnny Damon (2000). Houston’s Cameron Maybin (33) and teammate Jose Altuve (32) finished second and third behind Merrifield, who was only caught eight times. He ranked 14th in the major leagues in “baserunning runs,” according to fangraphs.

Oh, and one thing more: Merrifield finished one homer from elite company. Just two players in club history – Carlos Beltran (three times) and Otis – have hit 20 homers and stolen 30 bases in a season.

“Usually when guys get called up, you try to install that (preparation) in them,” Royals first baseman Eric Hosmer told Sporting News. “It’s something he’s always had ever since he’s gotten here. He might not be as fast as (Byron) Buxton or Billy Hamilton, but just the way he can run the bases and get jumps, it translates to in-game speed.”

Davie holds on for CPC win