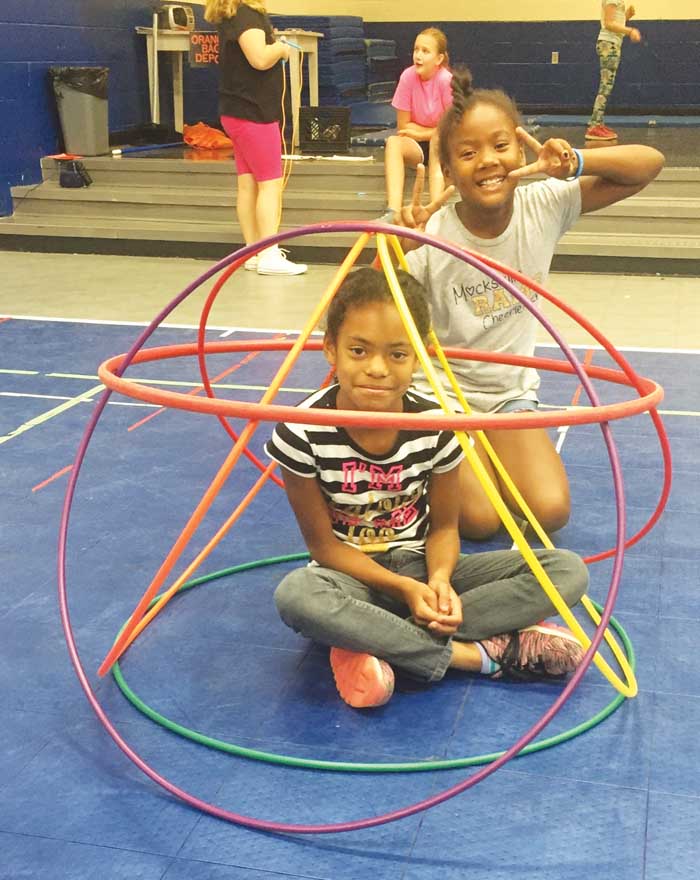 Mrs. Wyatt’s and Mrs. Dyson’s kindergarten students at Mocksville Elementary have been working to master the rules and expectations of kindergarten. They spent a time learning about each other and building a team of learning environment in the classroom.  Starting this type of collaboration early in the year has allowed for some partner and group activities like the game Quiz, Quiz, Trade.  Students reinforced what they knew about shapes, letters, and numbers while moving around and having fun.

Mrs. Southern’s and Mrs. Pruitt’s first graders completed beginning of the year assessments. They have been learning about short “a” and short “i” words in Letterland. They are learning to write sentences with correct capitalization and punctuation. They began building reading skills in guided reading groups.

In math, students have been working with 10 frames and 20 frames to help understand number sense. They have been learning ways to make numbers. For example, to get a sum of 4, one could add 0 + 4, 4 + 0, 1 + 3, 3 + 1, or 2 + 2. They have been practicing drawing pictures for math story problems or to match math number sentences. They played a Domino math game that reinforces addition and counting in a fun way.

Mrs. Markland’s students are getting to know one another and have worked to build a strong classroom environment where the students work together and support each other. They read books, and in math, used strategies and hands-on manipulatives to work on addition and subtraction and understanding place value. Students enjoy working around the room and activities that promote movement.

Third grade students have been reading “Alexander Who Used to be Rich Last Sunday” by Judith Viorst.  On Sunday, Alexander receives a dollar from his grandparents. Unfortunately, Alexander isn’t wise and he foolishly wastes all his money. Students discussed the feelings and motivations of characters and how they affect the events in the story. In math, they are wrapping up lessons about place value and rounding. They learned to round numbers using number lines and the king method.  Soon, they will begin adding and subtracting 3- and 4-digit numbers with regrouping.

Fourth grade students began working on multiplication in math. Students used a variety of activities and hands on applications to learn about and understand multiplication. Teachers encouraged students to look for real world scenarios in which they would need to use multiplication outside of school after hearing about examples in class.

Mrs. Parker’s fifth graders have been learning about author’s point of view and how they influence how events are described. They read two articles about the Titanic. Each author had a different point of view. They looked at the differences and similarities.

In science the kids have been learning about weather tools and layers of the atmosphere.