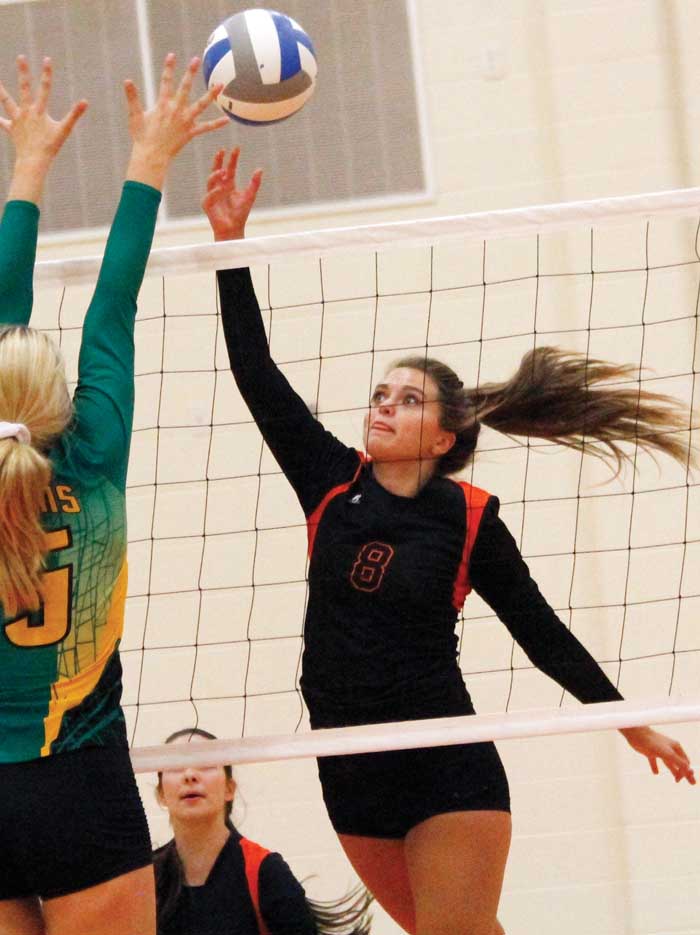 In the first set, coach Amber Brandon called timeout with Davie trailing 12-11. Davie ambushed the Vikings out of the timeout, closing the set on a 14-6 run and cruising in the next two sets.

“We had a conversation about what we were struggling with,” Brandon said. “I challenged them to take care of the ball better on serve-receive and defense. I challenged them to not look so complacent and have a drive. From there, we turned it around.”

“They have graduated a ton of talent the last two years,” Brandon said.

Brandon said serving was the most impressive aspect of Davie’s game in this match.

“Serving is something that is a stronger part of our game,” she said. “We have a lot of kids who serve well and can put the ball exactly where they want it.”

“Both not only have an aggressive serve, but they are very consistent at putting the ball where they want,” she said. “Because they’re our first two servers and they’re so good at ball placement, we can find teams’ weak spots early.”

Flores and Cara Terry (nine digs) were key factors on the back row. Davie didn’t miss a beat when Kam Parks came off the bench and roamed the back row.

“To have all three of our DSs (defensive specialists) play well on one night makes us a better team,” she said.

One day later, the War Eagles handled business against an overmatched opponent in West Davidson. The 2-A Dragons (4-3) had won three straight matches in three sets before losing to 6-0 Davie.

“I have one of the most competitive teams I’ve ever coached,” Brandon said. “They like to win and they like for it to look good. They like to hit the ball hard.”