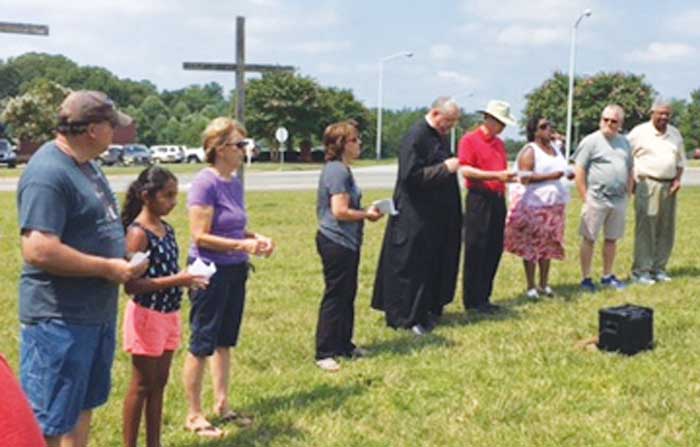 Residents join local pastors in praying for their communities, town, state and nation.

Last Saturday’s prayer vigil was meaningful for the approximately 50 folks who attended.

“Prayer is a strong force in time of turmoil,” said Carol Demmy, pastor of Holy Cross Lutheran Church. “Our community, our nation, and our world are constantly in flux, from one crisis to another.

“The purpose of the gathering was to emphasize that despite our differences in race and creed, we are all united in our humanity.”

The Mocksville Ministerial Alliance planned this vigil to express unity.

The Rev. Shane Nixon, Mocksville First Baptist, welcomed the gathering and gave the benediction. The Rev. Dana Fruits, Mocksville First Presbyterian, gave a short message and chose the scripture verses, which were read by several of the attendees.

The vigil closed with the singing of “Amazing Grace.”

The next event sponsored by the Ministerial Alliance will be the Community Thanksgiving Service on Sunday, Nov. 19 at 7 p.m. at the First Baptist Church in Mocksville.