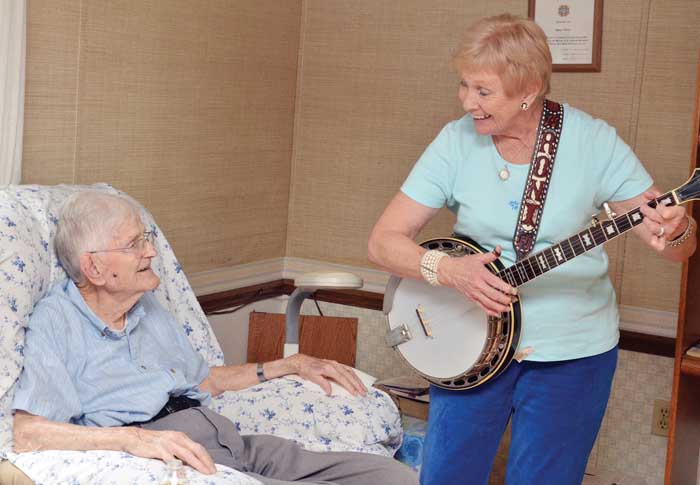 Roni Stoneman picks a tune for the delighted Doll Foster.

He knew the words.

She played another song for the 94-year-old World War II veteran. He knew the words to that one, too.

“Pop Stoneman was one of my favorites … and the Carter Family,” Foster said. “I love that kind of music.”

Roni was in town visiting a fellow banjo-playing friend, Mona Jo Griffin. A World War II buff, she saw an article about Foster’s service in the Enterprise Record that Mona Jo had saved for her because of her interest.

Her reaction was immediate.

No problem, they grabbed their banjos and guitars and head the couple of miles to Foster’s home and surprised the veteran and his wife, Nancy.

Roni’s dad, Pop Stoneman, is one of the father’s of country music, credited with bringing the Carter Family into Bristol for an early recording session. Many of his 23 children were also musicians. At age 80, Roni had some of those glass cylinder records from the 1920s put on a CD. She’s sending a copy to Mr. Foster.

“You’re my hero,” she said to him. “You’re my star. I thank you for all you’ve done for America. I love you very much and I’m proud to meet you.”

Mr. Foster took the praise for a while, then told Roni not to sell herself short.

“We all do our contributions in life … and look at what you’ve done,” he said.

After singing along to “Goin’ Down That Road Feelin’ Bad” and “Life Is Like A Mountain Railroad,” Mr. Foster said: “My goodness alive. I really appreciate that.” 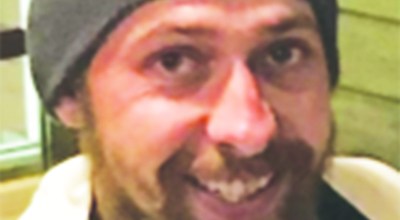