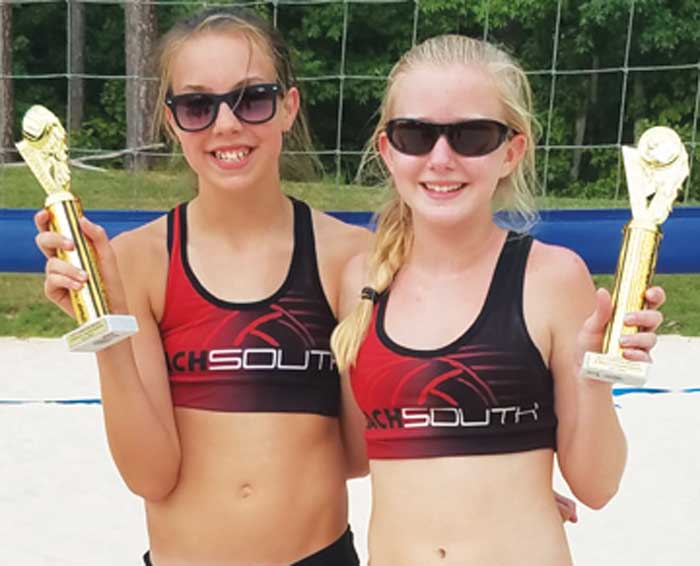 Emma and her partner, Emma Norris of Statesville, won the 2017 title on July 15 in Apex.

Team “DilEmma” participated in 14 Carolina Region Junior Beach tournaments this year and was also named the 2017 North Carolina 12 and under Team of the Year.

Beach Volleyball is two-player team sport played on sand or grass.Beach volleyball has been an Olympic sport since 1996 and is experiencing rapid growth as a NCAA and high school sport.

Team Dilemma won seven consecutive matches to win the state title. Their season continues to the national championship. The USAV Junior National Beach Championship was July 20-22 at Siesta Key, Fla. They participated for the national title against more than 50 top 12U teams from across the United States. They finished fourth.