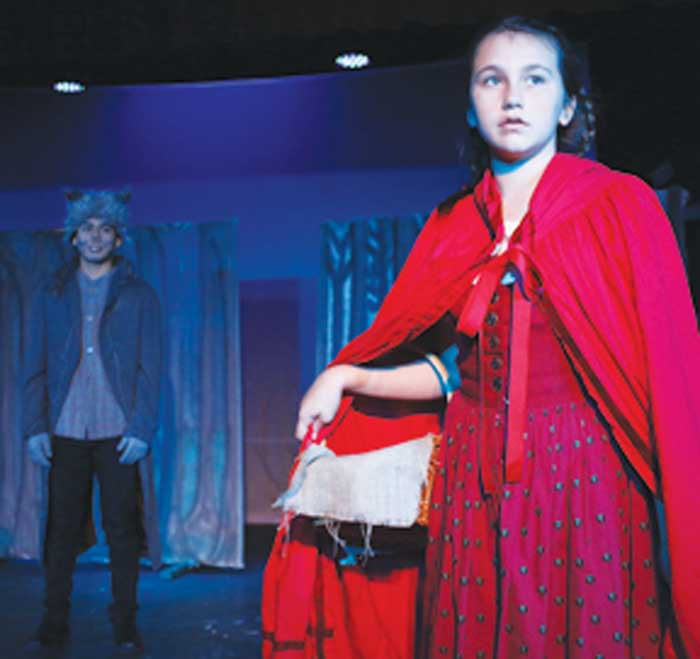 The Wolf, played by Edgar Ramos, sings with Little Red (Miah Chalmers), in Into the Woods JR.

This past fall, musical theatre students performed Into the Woods, JR. under the direction of Katherine Reeves and Brenda Mosko.

In May, the Film/TV students traveled to A/perture Cinema in downtown Winston-Salem for the screening of the SDMS Film Showcase. Dale Pollock, Professor of Cinema Studies at UNCSA, returned for the third year to critique student work.