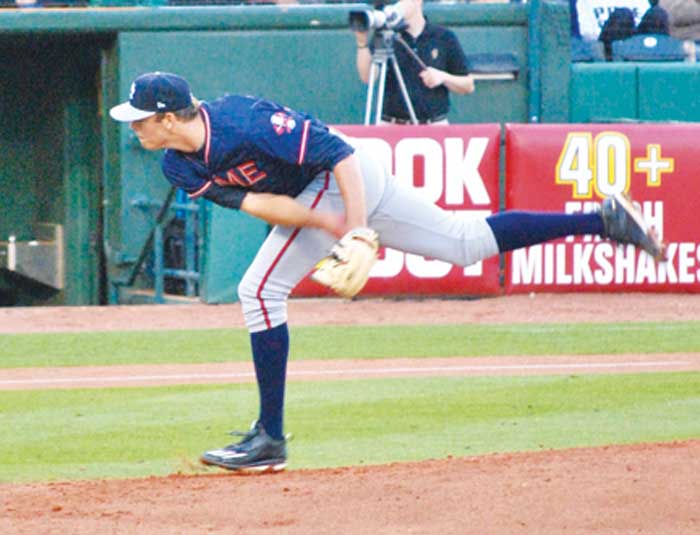 Pitcher Jeremy Walker has taken his lumps during the 2017 baseball season, but he finally seems to be finding his groove for the Rome (Ga.) Braves.

Last year Walker, a fifth-round draft pick by the Atlanta Braves in 2016, went 3-3 with a steady 3.18 ERA in five starts and eight relief appearances at the rookie level for the Danville (Va.) Braves.

The May 6 game at the Greensboro Grasshoppers was a special night for Walker, who will turn 22 on Monday. Although he entered the night with a 5.40 ERA over five starts, he was great with a throng of family members and friends in attendance. There were 5,898 fans on hand and 55 of them were there to see Walker. And he didn’t disappoint, working five innings, scattering seven hits, walking one, fanning seven and leaving with a 3-1 lead. Rome eventually lost 6-5, but Walker’s work produced goosebumps for his many admirers.

“He had his own personal fan club,” Suzanne Nestor wrote on Facebook.

Walker hit a rough patch, allowing 14 runs over 14.2 innings, before he turned in the finest performance of his young pro career during a 9-1 win at Augusta on May 28. In seven innings, he gave up four hits, one run, walked one and struck out 10.

He followed that with a solid effort in a 3-1 home loss to West Virginia. He went five innings, allowed two runs on six hits, walked none and struck out six.