Softball rolls in round 1 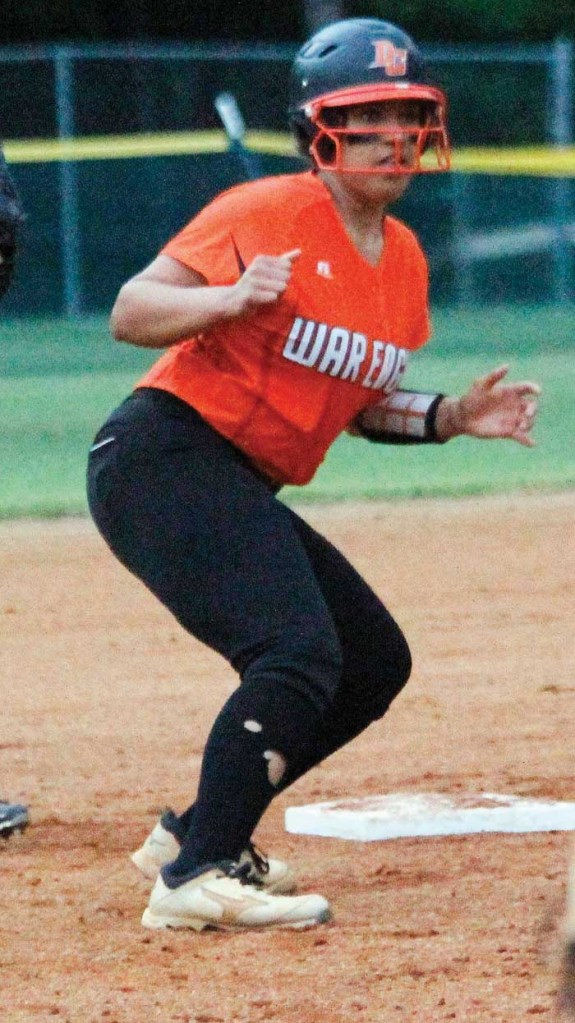 No. 11 seed Davie broke six records and annihilated the 24th-seeded Sabres 12-0 in three innings. The game was called early because of rain and lightning.

The Sabres, the fifth-place team in the So. Meck 8 Conference, closed 11-12 with their fourth straight loss. At 21-4, the War Eagles broke the record for wins in their 21-year fastpitch history. The old record was 20-2 in 2001.

The War Eagles jumped ahead 3-0 in the first and blew it wide open with a nine-run third. The third-inning avalanche began with consecutive hits from Makenzie Smith, Sierra Ferguson (double), Anna Devereaux, K’lea Parks and Jessie Beck. Later in the inning, Davie walloped back-to-back home runs. Smith clubbed her fifth of the season to dead center. In stepped Ferguson, who blasted hers to right.

Olivia Boger mowed down South Meck’s offense, walking one and striking out eight of 10 batters in a no-hitter.

Ferguson set two records with one mighty swing. It was her 10th homer of the season and the 14th of her career. Morgan Wyatt hit nine in 2009 and Wyatt hit 13 in her career.

“It felt amazing,” Ferguson said. “Our coach told us during the season that records were meant to be broken, and that’s just what happened. It has been on my mind, but I have been trying to block it out during games. I’ve been trying to mainly focus on the ball and put it in play. When you put the ball in play, great things can happen for your team. Like we always say: It’s not about me; it’s about we.”

“Sierra is a great kid,” Wyatt, an assistant coach, said. “It couldn’t have happened to anybody any better than her. She works hard. She’s a quiet leader. That wasn’t her goal at the beginning of the season by any means. She’s not wrapped up in all the records. She’s the definition of a baller, and I was very excited for her.”

“I love to hit, but I really don’t keep up with my records,” Smith said. “Actually, my dad had to tell me later on that night that Sierra, Olivia and I had all broken records.”

The fifth individual record to go down: Season wins. Boger ran her record to 16-4, eclipsing Shannon Handy’s 15-1 mark in 2001.

“It’s definitely an accomplishment,” Boger said. “As a team it’s a great accomplishment. We all do our individual jobs and come together to make things like that happen, and I’m so proud of all of us. Without my teammates behind me, that record wouldn’t be possible.”

Every successful pitcher needs a good batterymate, and junior Sydney Hendren has been tough as nails at catcher.

“She’s done very well behind the plate,” Wyatt said. “Defensively, she’s done more than I could have ever hoped for. She’s really stepped up and become a leader. I know from when I was a catcher, it takes a lot to be a vocal leader. And I think she’s done a really good job stepping into that role.”