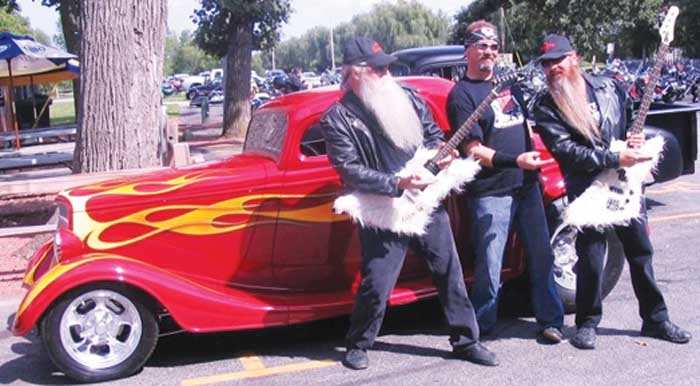 Think you know a lot about Daniel Boone, possibly Davie County’s most famous resident of all time?

After moving here as a teenager with his family in the mid-1700s, the “woodsman” as he called himself, carved out a piece of American history that will be remembered forever.

Mocksville will celebrate the Boone history Saturday at the annual Daniel Boone Family Festival. Come and learn more about the frontiersman on a tour with the Davie Historical and Genealogical Society, as guide, Lenoir Rhyne professor Mark Hager, leads bus tours of Boone sites in Mocksville and Farmington. The tours will also stop at other historical sites.

Tours all go to Joppa Cemetery, where Boone’s parents and a brother are buried. One continues to Boone sites in the Farmington area, while the other goes to the Jesse Clement House (C. 1828), where caretakers Mike and Margaret Cevasco will lead the way.

Enjoy the crafts and foods of the festival, which will take place on the downtown streets from 10 a.m.-5 p.m. Have a bit of fair food, and enjoy free music and games at the Junker’s Mill stage, including the nation’s top ZZ Top tribute band, Eliminator, scheduled to hit the stage at 6:30 p.m.

The music starts at noon with bluegrass music by the Table Rock Ramblers, followed at 2 by sounds of the 60s and 70s from the Flying Saucers.

At 3:30 at Junkers Mill, come participate, or watch the Hula Hoop and frozen t-shirt contests. Contestants must take a folded, frozen t-shirt and see who can get it on the quickest. There is a $5 fee for the contests.

Tess and the Black and Blues hit the stage at 4:30, prior to Elminator bringing all those ZZ Top songs to life. Bring a chair for seating. Coolers are not allowed, but food and drinks will be available.

Help your neighbors while you’re there. The Rotary Club of Mocksville and Early College Interact Club are bringing a truck to collect canned goods, cereal, box dinners and baby food for A Storehouse for Jesus. Cash will also be accepted for the RUSH program (Rotarians United to Stop Hunger).

The Healthy Davie Challenge will have a special program for 1 billion steps in 100 Days will have a celebration at 11 a.m. at the Junker’s Mill stage. Weekly step winners and participating groups will be recognized and receive a magnet. Novant Health and Wake Forest Baptist Davie Medical Center will offer information and health tips, and a Healthy Davie photo booth will capture faces of the challenge from 11 a.m.-2 p.m.

You can even come dressed as Daniel Boone if you like, but leave the coonskin hat at home. That was a creation of Hollywood. He wore a beaver felt hat for protection, wrote Robert Morgan in his book “Boone: A Biography.”

Much is known about Daniel Boone because he became famous for exploints during his own lifetime.

“Much that the public thinks it knows about Boone is fiction,” wrote Morgan. “He was neither the discoverer of Kentucky nor the first settler in the Bluegrass region. He did not discover the Cumberland Gap, nor was he the first white man to dig ginseng in the North Carolina wilderness.”

He wasn’t much of a fighter, either, Morgan wrote, even when at war.

Boone was a wanderer in the wilderness, a long hunter who would leave home for months at a time in search of wild game and new adventures.

He married while in Davie County, and later moved his family westward, then further westward, seemingly an effort to get as far away from civilization as he could.

Respected by all around him? Not exactly, Morgan wrote. Boone was accused of treason and fraud and was exonerated during a courtmartial trial. He was sued repeatedly for not paying his debts, although by the end of his life, he had re-paid all of his debts.

Boone was a surveyor, mapping out roads and trails.

He was accused of befriending Indians, and was even called a “white Indian.”

“For me, the most striking and surprising result of a closer look at Boone is the way his sterling moral character shines steadily through all the vicissitudes of his remarkable life,” Morgan quoted Nelson L. Dawson as writing.

“Few other Americans have had their lives told so often and in such a wide range of styles, combining truth, insight, myth, hearsay and outright fabrication,” Morgan wrote. “Because he became a figure of American folklore even while alive, Boone has been thought by many to be virtually a fictional character.

“I found Boone a much more complex person than I had noticed before. I wanted to find out what it was about Daniel Boone that made him lodge in the memory of all who knew him and made so many want to tell his story … a scout and hunter who turned into such an icon of American culture,” Morgan wrote.

Walk 2 million steps in his shoes