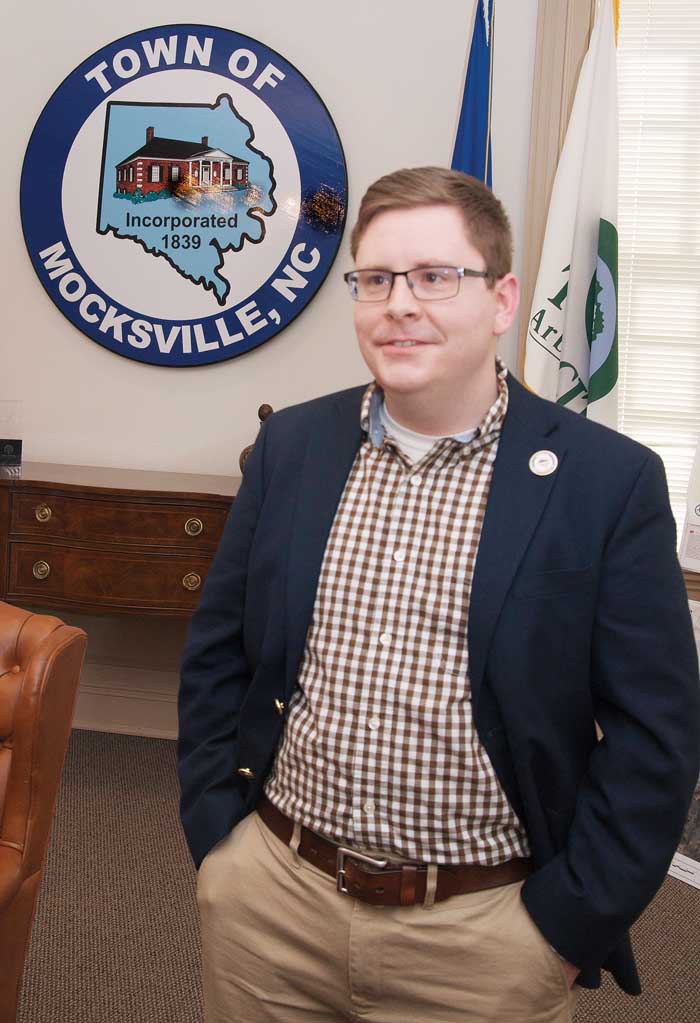 Mocksville’s new town manager is a hands-on kind of guy.

He wants to know what every employee does, and already has a good idea because of past training.

Marcus Abernethy was sworn in as the new manager and town clerk last week. He started on the job a day later.

The former manager of Hamlet says it was his days as a student at Appalachian State University, where he earned a bachelor’s in political science and a master’s of public administration, that led him into public service.

A native of Granite Falls and graduate of South Caldwell High School, he studied at Caldwell Community College before transferring to Appalachian, where professors encouraged him to go into public administration.

It was on an internship with the City of Lenoir that Abernethy really got the feel for what it’s like to manage a town.

He rode along on the back of a garbage truck. He worked in the utility department, and with parks and recreation. He spent a 24-hour ride-along shift with the police department.

“I learned first hand all of the intricate things that go on to keep a city going,” he said. Before that training, he hadn’t thought much about the behind-the-scenes workers. “I have a better understanding of the day-to-day work … to accomplish the mission.”

He also worked in Matthews as an intern, where his job was more analytical, working with budgets and projections, and in Henderson, where he was industry relations director.

“Both of those experiences were valuable,” he said.

His wife, Mindy, recently earned her “dream job” in Winston-Salem, and the couple moved to Statesville to be near family. They’re looking forward to moving to Mocksville, and are actively seeking a residence here, Abernethy said. “I’m passionate about living where I work.”

“I really look forward to working with staff and department heads to accomplish the commissioner’s goals,” he said. “I see Mocksville as a neat town where I can grow some roots. The people here have treated me like I grew up here. This position is a blessing for me and my family.”

Abernethy was chosen from among 28 applicants.

“We believe he will do a wonderful job managing the day-to-day operations of our town,” said Mayor Will Marklin. “I look forward to him being a part of our community for many years to come.”

“I’m looking forward to becoming a part of this community,” Abernethy said. “There is a lot going on and I’m trying to absorb as much as possible.”