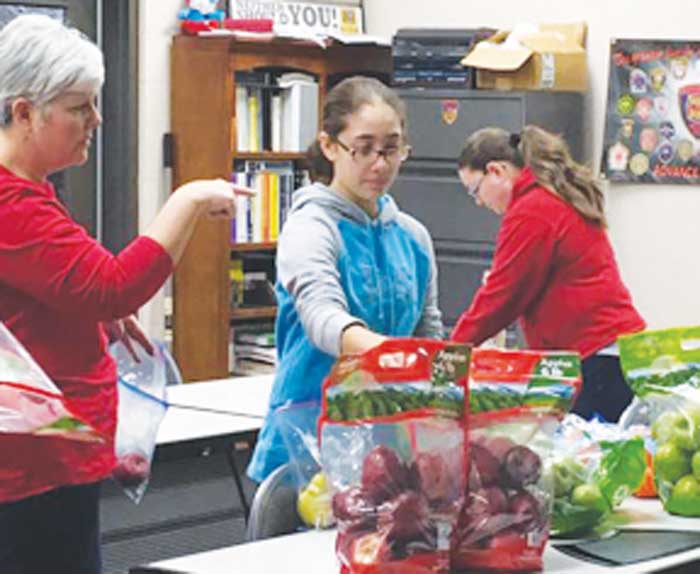 Advance junior firefighters help with the What Christmas Is All About project.

The Advance Fire Department Junior and Cadet Program will host a spaghetti fundraiser on Friday, Feb. 17 from 5-8 p.m.

The menu will consist of homemade spaghetti, salad, bread, dessert, and drinks. Donations will be accepted. The dinner will be held at the old Advance station at 169 Fire Station Road in Advance, the same building where the spring and fall barbecues are held. Eat-n and take-out will be available and there will be live music by the Hazy Ridge Bluegrass Band from 6-8.

The Junior and Cadet Program at Advance is a group of young men and women who are training and preparing to become volunteer firefighters when their age allows. The group meets twice a month and they participate in training programs such as pump operations, hose testing, and CPR classes.

They learn the location of all of the equipment on the fire trucks in preparation to assist senior firefighters on an emergency scene. They are also active in volunteering at the barbecue fundraisers twice a year and participating in What Christmas Is All About in the Advance community.

Several of the members also recently attended the Fire Expo in Winston-Salem and each summer they attend the weeklong Jr. Firefighter Camp conducted at the Advance Fire Department.

Many previous Junior and Cadet members have become adult volunteer members of the fire department and some have pursued professional firefighter careers at fully staffed departments while remaining volunteer firefighters in this area.

The meal on Friday night will directly benefit the Junior and Cadet program.  The meal will be served by the Junior members and their parents and they will be assisted by the AFD auxiliary.