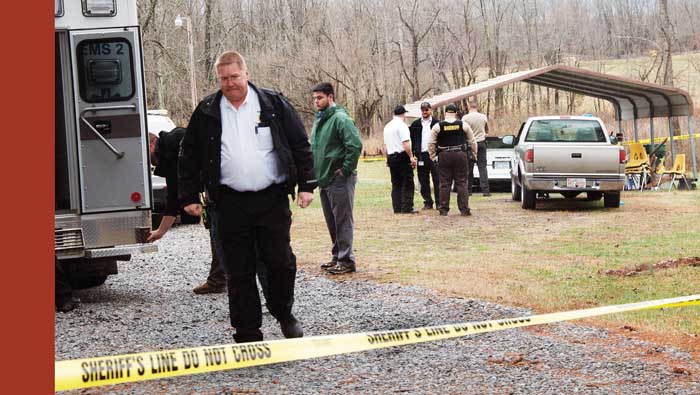 Sheriff J.D. Hartman walks away from the scene of a man found dead in a yard. Authorities are awaiting autopsy reports.

A woman was driving on Junction Road Monday morning when she noticed a man laying in a yard.

She turned her car around, and went back to check. He was dead.

She knocked on the door of the residence, and they called 911.

The residents of the home didn’t know the man, and didn’t know he lay dead in front of their residence, said Davie Sheriff J.D. Hartman.

There were no visible signs of foul play. The man was later identified as Garland Shane Holleman, 38, also of Junction Road. Relatives said the man had last been seen the night before between 8 and 10.

Hartman said investigators are waiting on the autopsy report to determine a cause of death. Anyone with information as to the man’s whereabouts on Sunday night are asked to call the sheriff’s department.