Budd has high hopes for pace of lawmaking 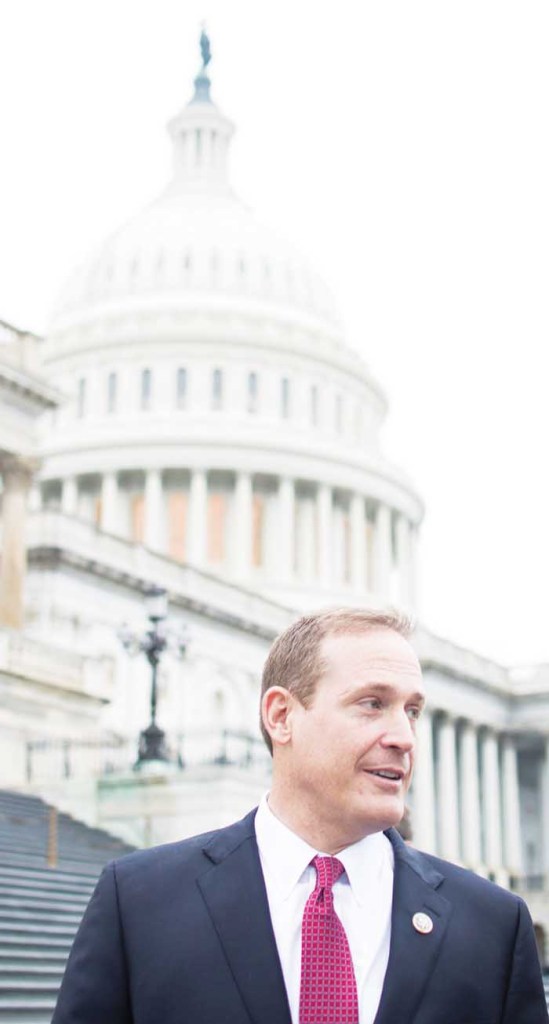 Tedd Budd in front of the US Capitol after being sworn as a new congressman.

WASHINGTON — From repealing Obamacare to dismantling the financial regulatory bill known as Dodd-Frank, Davie’s new congressman has high hopes for the pace of lawmaking in 2017.

The 115th Congress officially began last week with swearing-in ceremonies Tuesday. Ted Budd, a Republican from Advance, was sworn in for his first term as the representative for the 13th District.

Budd said he has a “spirit of anticipation” about getting started in Congress.

A newcomer to Congress, Budd says he has not received his committee assignments, which could dictate what topics will receive a majority of his attention. Whatever the subject, Budd said he wants to focus on reducing government regulation.

“Once we get government out of people’s way, businesses and individuals back home can begin creating jobs, and I think that’s what I’m here to do,” he said.

Budd said he wants to see a full repeal of Obamacare in 2017. Dismantling the Dodd-Frank legislation is another action he specifically listed.

“I think it’s slowing the recovery,” Budd said. “It harms good people and financial institutions that want to be helpful to citizens. By creating onerous and complex regulations, it has the problem of making otherwise good people violate

Signed into law in 2010, the Dodd-Frank bill made changes in regulations for banks and financial institutions in response to the Great Recession. Trump also has opposed the legislation.

A long and complex bill, Dodd-Frank has led to a rapid increase in compliance jobs, which calls a bad trend.

For the next two years, Washington will be the beneficiary of what lawmakers are calling a “unified Republican government.”

Budd said he hopes that Republicans and Democrats in Congress work together.

“I want to make sure we work well as a team and that the House stays in order,” Budd said. “One of the things that Speaker (Paul) Ryan said is ‘agreement where possible but at all times respect.’ We want to run and represent people well, but at all times we want respect.”