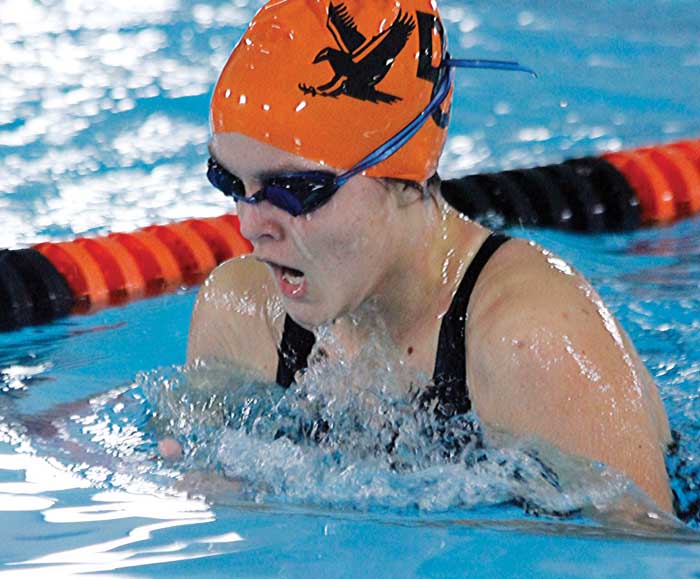 Senior Hunter Thurlo and sophomore Alexa Hutton won two events each and junior Victoria Sinopoli added another victory for the Davie swim teams in a home meet against Reynolds on Dec. 7.

But it was still a productive day for the War Eagles, whose boys and girls finished first or second in 14 events.

“Reynolds is a really strong team and has some excellent swimmers, so it was nice to be able to see us win some of those events,” coach Jennie Kimel said.

“It was no surprise that Hunter and Alexa won their two events,” Kimel said. “They are both extremely hard-working, and I believe that has paid off for them this season.”

Davie’s fifth victory came on the girls’ side from Sinopoli, who claimed the 100 backstroke in 1:07.22.

“Victoria usually swims the 100 fly and does really well, so it was nice to see her swim a different event and still be able to place first,” she said.