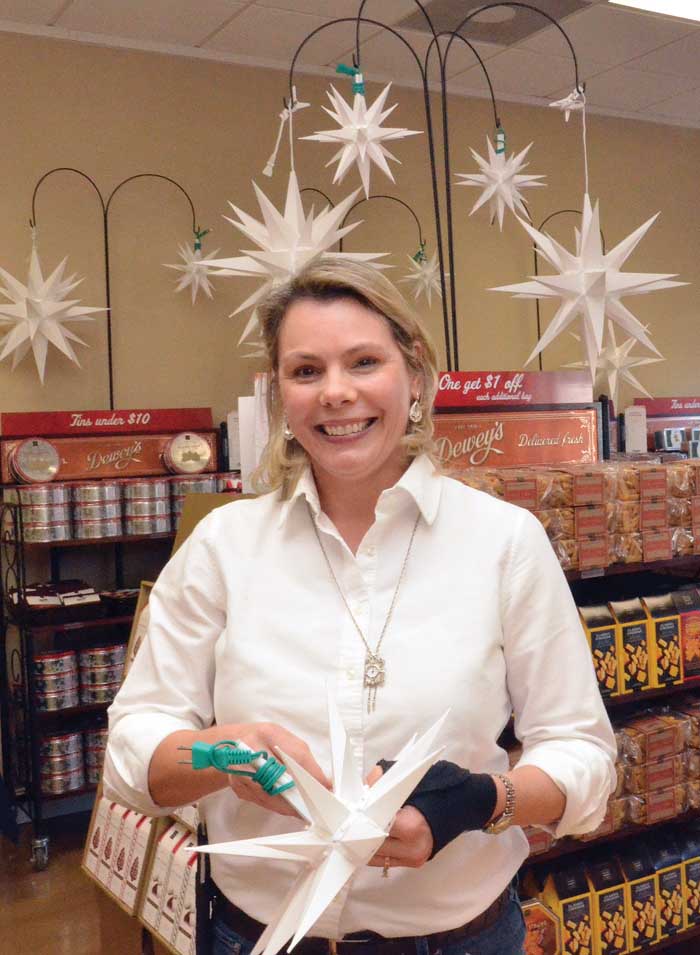 They add music to our parades and special events.

They provide lots of enthusiasm and entertainment at Davie High School football games.

And they’re recognized nationally as one of the best bands around. It’s the Davie County High School War Eagle Band, and you can get something sweet and help the members at the same time.

Dewey’s Bakery is teaming with the band to open a holiday store in Downtown Mocksville, complete with all those Moravian cookies, sugar cakes and other confections.

“We have all the things Dewey’s is known for – such as the Moravian cookies and gift tins,” said Renee Carter, one of the many parent, grandparent and other volunteers who keep the store open.

Carter said Dewey’s is generous with the partnership, as was the Davie County Republican Party which gave their rented headquarters for the remainder of November. Building owner Ryan Addison also donated the space for December, and helped the group secure signage.

Drop by before the game Friday night, buy some War Eagle memorabalia and cookies, then go to the game and listen to the band. And, watch the game, too.

Snowzilla to be at free WinterFest Saturday