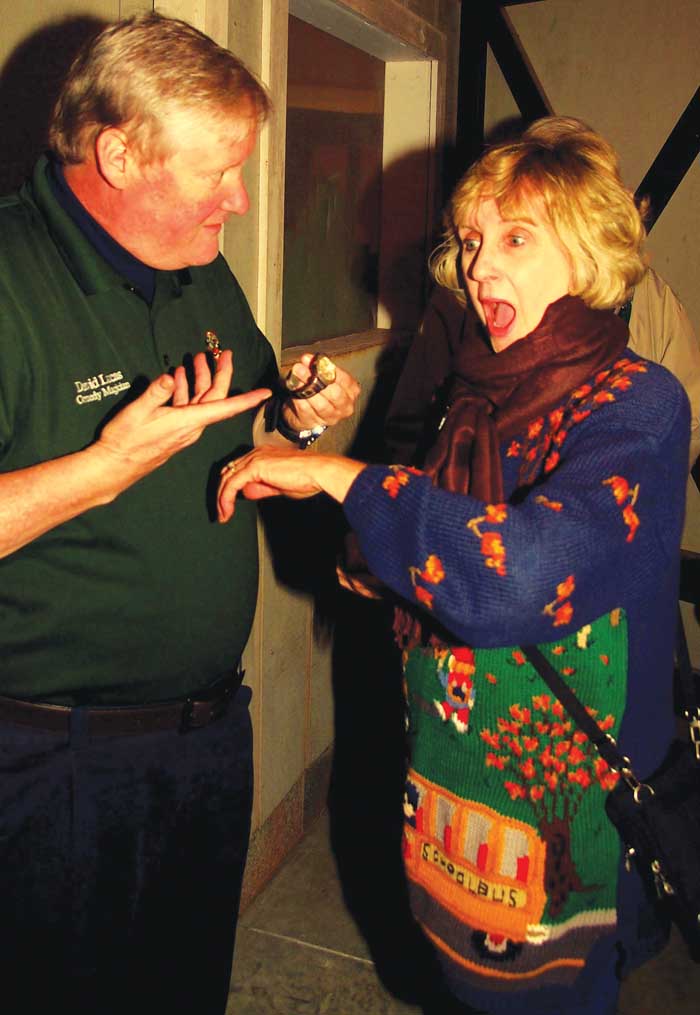 Magician/comedian David Lucas will be one of the performers at Saturday night's Black & Bling.

Sarah’s relationship became more and more abusive until the night she told her husband she was leaving him. This is the most dangerous moment for a victim of domestic violence.

Sarah Browder was 28 years old, a beautiful person, socially active and in a good place in her life when she fell in love with a young, charming Marine. The courtship was brief, and Sarah and the young man married. For a short while, she and her new husband appeared to be blissfully happy.

Soon, however, Sarah found herself walking on eggshells, isolated from friends and struggling in her marriage.

Statistics report that one in three women are murdered every day by an intimate partner. It’s not uncommon for domestic violence suicide to take place in conjunction with domestic violence homicide, and in Sarah’s story, her husband ended his life as well.

Having lost control of all that matters to him, the abuser often commits suicide. Sarah’s husband died immediately, but Sarah lived four days longer.

Much healing has been found by helping other victims avoid or escape their abusive situations. There are signs of abuse many people may not be aware of as many are not familiar with the different types  of abuse. May victims don’t recognize they are in abuse because it becomes their normal.  Recognizing the signs of abuse is important. Often women report they were never treated so well when dating an abuser.

In the beginning, abusers can be attentive, generous and kind. Women are flattered that their admirer is so romantic and charming. While it can seem flattering to have a man so attentive and invested in every detail of their life, this behavior quickly becomes micromanaging and controlling.

There are different kinds of abuse which might be physical, sexual, emotional, psychological or even financial. Sometimes victims are less inclined to consider it as abuse or  less significant if it is emotional abuse and not physical abuse.

However, emotional abuse can be just as debilitating and can lead to physical abuse. Other signs of abuse are extreme jealousy, isolation from friends and family, disrespect and verbal putdowns, micromanagement of every detail of a victim’s life, playing mind games, and manipulation. The issue is not one of anger but of control.

While an abuser may use anger as a tool to intimidate and control the victim, he can usually control his anger when it suits him or when he wants to present a front to others.

Abusers come from every demographic, class level, and race. Abusers are everywhere. Many people don’t recognize an abuser because they only show that dark side inside the privacy of their own home. One in every four women and one in every seven men experience abuse in their lifetime.

We’re hosting an event called Black and Bling in memory of Sarah Browder. All funds help support Forsyth Family Services, and the funds are used to further the work of a speaker’s bureau to raise awareness and educate on domestic violence.  Donations from last year’s event totaled $6,000 which helped further public education.

Sarah loved a party, and Black and Bling is a fun way to honor her memory.

The event is open to the public, 21 years of age and older and takes place Saturday, Oct. 22 at a farm in Mocksville.  If interested in attending, visit blackandbling.blogspot.com or Facebook event page and read all information Cost is $10 per person. Additional donations can be made by writing a check to Forsyth Family Services and memo Sarah Browder Memorial Fund.