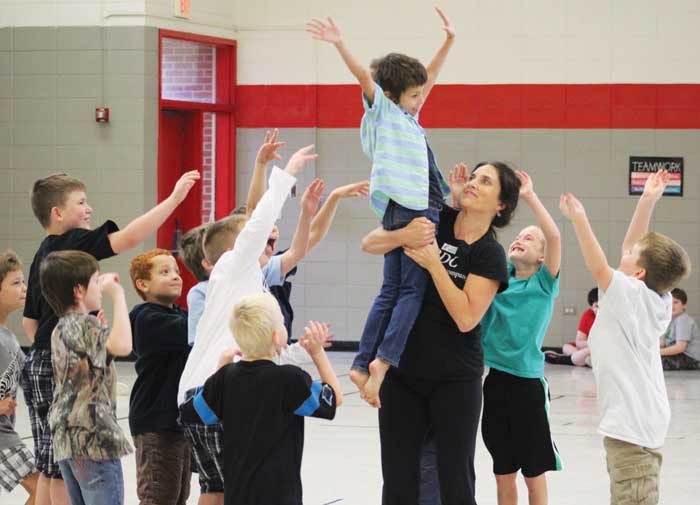 Bodies and minds are active at WRD.

It was a special week for third grade students at William R. Davie Elementary School.

Visiting artists, Michelle Pearson and two cohorts from Black Box Theater, spent an hour and 10 minutes for four consecutive days with students, teaching spatial awareness, being in charge of their bodies, learning to be a part of a team, and force and motion.

Through movement, students learned about push and pull, force, acceleration, friction, and mass.  Throughout the week, students were able to share their “stuck” and “unstuck” stories, which in turn became a movement “informance” that they shared on the last day to their third grade peers.

Through this activity they were sharing how push and pull can affect many scenarios in the real world.  On the last day, students were taught a rap to help them remember the laws of motion that can be used within their classroom and shared with other grade levels that have similar standards.

Homecoming next week at Davie High