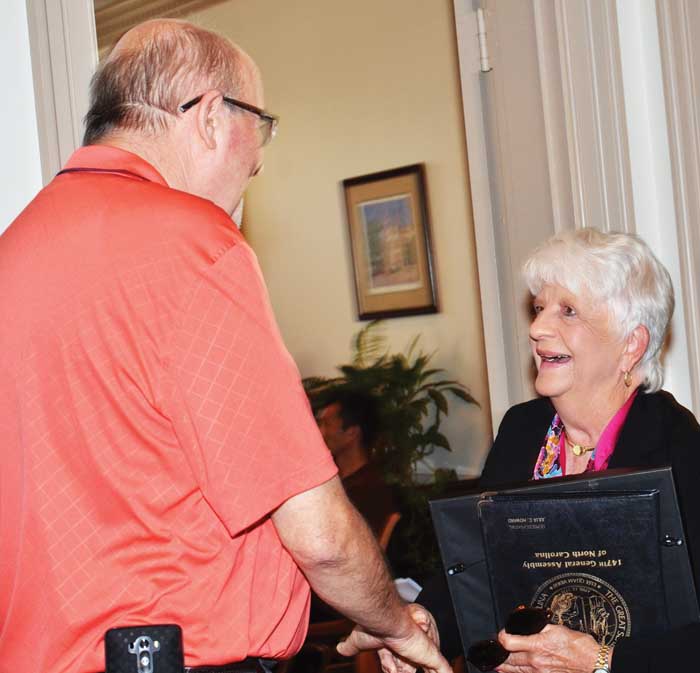 She thought she was there to talk about HB2, and how it effects towns like Mocksville.

The town had invited NC Rep. Julia Howard to speak about the subject at the Sept. 13 board meeting.

She walked in the door and saw neighbors, friends and family members. All because of HB2?

After the meeting was called to order, Mayor Will Marklin introduced Howard’s colleague, Mitchell Setzer from Catawba.

She had been had.

Setzer presented Howard with the Order of the Long Leaf Pine, the highest award the state can bestow upon one of its residents. Howard has given many of these out to deserving Davie residents, as well as others who reside within her district.

Setzer and Howard have spent 18 years in the N.C. House of Representatives, and he said she accomplishes goals with toughness and kindness, tenaciousness and respect.

“You could not have a better defendant of Davie County, people of this town and state,” Setzer said. “This is long overdue.”

Howard was at a loss for words, but said it was fitting she received the award at the place her political career started – at the Mocksville Town Hall.