‘The Next 56 Days’ popular at Farmington center 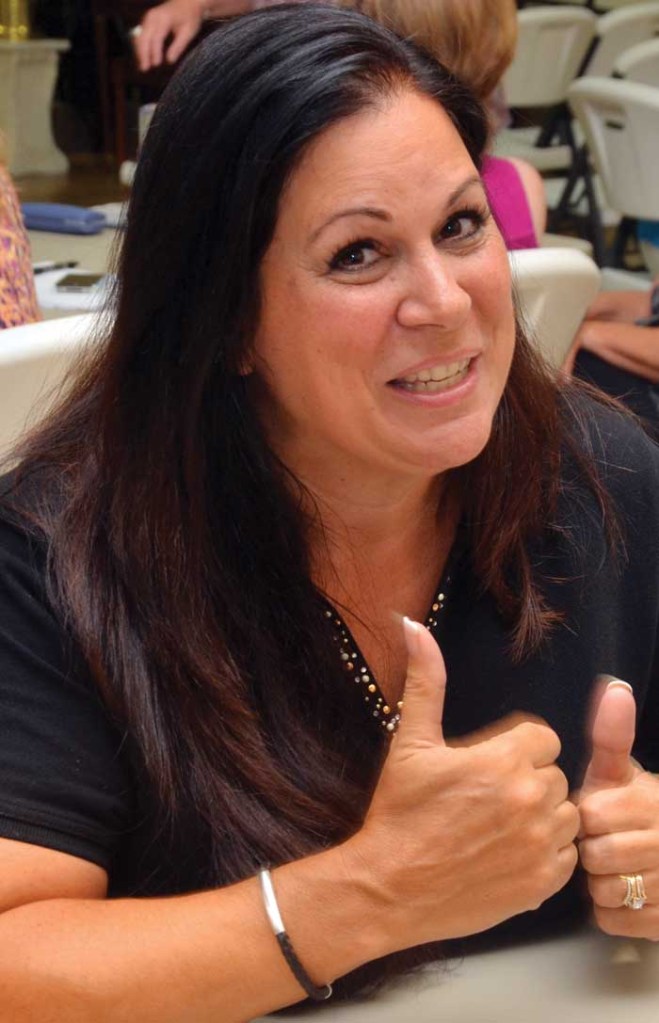 She had no energy and often had to take an afternoon nap just to get through the rest of her day. Planning family camping trips for her family left her feeling frazzled and easily agitated.

Carden was an addict, and sugar and caffeine were her drugs of choice.

The 49-year-old knew she had to make a change.

When she saw information about a program called “The Next 56 Days,” Carden felt pulled to go to the introductory class. Eight weeks later, Carden had released 25 pounds and gained more energy than she ever imagined. Her skin glows, her hair is shiny and luxurious, and she could easily pass for a 35 year old.

“I have really come to a good place. This has been a real life-changer,” she said.

Carden and others have participated, and some continue to, in the program pioneered by a man many simply call “Steve the Food Guy.”

Steve “The Food Guy” Teglas was a manager of Ruby Tuesday’s restaurant in Thomasville three years ago, and a trip to the doctor was a wake-up call for the then 27 year old. Years of unhealthy eating, of consuming the free soda available at work, and of not taking care of himself had manifested itself in high cholesterol, high blood pressure, pre-diabetes, and the need to lose 25 pounds.

Teglas began researching ways to be healthier, to release fat, balance blood sugar, detox, and lessen inflammation. He learned about balancing minerals in the body, and he began to eat healthier. In eight weeks, he shed 27 pounds, gained more energy, and the hair that had begun to fall out grew back. Teglas knew he was on to something, and he was willing to share the paths to his success with those around him, helping nearly 5,000 people in Thomasville, Asheboro and Lexington.

Before long, Teglas and his partner in the program, Carrie Hicks, began taking their knowledge on the road, and today, programs are ongoing in Thomasville, Lexington, Denton, Climax, High Point, Southern Pines, Winston-Salem, Kernersville, Salisbury, Albemarle, and in Farmington, where Carden and the others in her class waited for their turns at the weekly weigh-in. Carden enjoyed the first series of classes so much she signed up again, and she is in week three of the session. She hopes to release another 25 pounds and hit her goal of a 50-pound weight loss.

“The first few weeks were hard, getting out of bad habits I had, and my body was very addicted to sugar and caffeine,” said Carden, “Giving up sugar is hard because it’s in everything, even foods you might not realize, and you don’t know that until you start making food yourself. I found what works for me is to make the food ahead of time, and then I have it, so it’s easier to reach for something healthy.”

Carden said she didn’t cheat during the first eight weeks, and she even helped her husband lose 15 pounds along the way. One of the motivators for her was being in a group of like-minded people.

“This group, this accountability, gave me the support I needed. Everybody is doing what I’m doing, and we learn from each other and support each other.”

Hicks said the program, which is not a diet but is a lifestyle change, has as its goal to balance blood sugar, detox and lessen inflammation. Once those three things are achieved, the body will naturally shed weight, she said.

Hicks, a former nurse, is a fitness instructor at the YMCA in Thomasville and was leading a program of diabetics and pre-diabetics who were supposed to lose 15 to 20 pounds in one year. Because the program was being conducted through an insurance company, Hicks had to teach what the insurance company required, but she became frustrated when, after months, none of the participants had shed any weight.

After meeting Teglas and learning about his success, Hicks invited her class to the program, and “Within the last two months, every person in my class lost 20 to 30 pounds.”

Hicks was a program participant, not for weight loss but because she had issues with inflammation, and visits to doctors could find no reason.

“Everyone has a different reason for doing the class, and everyone defines success in different ways. We have had so many success stories, from a woman who was very thin whose A1C (blood sugar) was out of whack and now isn’t, to a guy who is a coach who we met last July. He weighed over 600 pounds, and he was so heavy, we had to go to his house because he couldn’t get to the classes. Today he weighs about 475 and he continues to release weight,” she said.

In the beginning of the eight-week sessions, the unhealthy foods that should be eliminated from the diet are discussed. Those include soy, wheat, sugar, artificial sweeteners, maltodextrin, anything ending in “–ose,” high fructose corn syrup, and white flour. Dairy is allowed, but only in food form, not liquids. No alcohol is allowed. Meat is allowed, but not pork, because, said Hicks, “pigs don’t sweat so they are full of toxins.”

The focus is on learning to read food labels, how to eat out in a healthy way, and foods that are encouraged are vegetables, fruit, and lean meat (fiber and protein). Participants build a library of Teglas’ hundreds of healthy recipes. During weekly meetings, they sample some of those recipes.

Participants also have access to Dr. Ray Strand, a South Dakota physician who specializes in nutrition and preventive medicine. Classes are led by coaches who were successful participants and who, along the way, developed a passion for what the program teaches.

One of those is Wendy Horne, the publisher of Davie Life magazine.

Horne wrote in a recent issue of the magazine that she took the class for health reasons and needed guidance on how to feed her body healthy foods and how to make a lifestyle change. She started the class in January and completed it in March, and as of last week, had released 17 pounds. But more important than the weight loss, to her, was an increase in her energy level, an improvement in the aches and pains she believed were age-related, and an improvement in her sugar levels.

At the Farmington Community Center, Horne weighed participants as Erin Leonard, the class coach, welcomed the large group. Leonard talked to the class about eating out, telling them the average American eats three burgers and four servings of fries per week. She said a recent analysis of the grilled chicken salad from one fast food restaurant revealed the ingredients corn starch, maltodextrin, molasses, dextrose, yeast extract, and palm oil (among others), all no-nos on the program. Better options for grabbing food while in a hurry are nuts, apples or other fruit, pre-cut vegetables, hard-boiled eggs and string cheese.

“If you fail to plan, then you plan to fail,” Leonard said.

While eating out can be challenging, it can be done successfully by methods such as ordering from the senior or children’s menu, asking for foods that aren’t on the menu, splitting a meal, getting sauce on the side, ordering before everyone else does (to lessen the chance of changing your mind after hearing others’ orders), and not having bread or chips on the table. Leonard said to look for foods prepared by baking, broiling, grilling, or steaming, not sautéed, breaded, or stuffed. She said the food at most Japanese restaurants can be successfully incorporated into the meal plan as long as there is no rice, nothing fried, and no soy sauce.

Guest speaker Michelle Varner Ivey talked about emotional eating, and her own journey, when she sought solace in food after learning her husband of a short time had terminal brain cancer.

At one time, she weighed 310 pounds, admitting, “I didn’t know how to cope. What could I do? I ate white chocolate macadamia cookies.”

Today, Ivey’s husband is still alive, and she is down 49 pounds.

“We were taught to overeat, clean our plates. And we feed the sick, we feed the bereaved, we feed because there’s a new baby…overeating is the American way. We want full plates with food hanging off the side, more bang for our buck. Some people overeat to soothe negative emotions, such as anger, sadness, disappointment or boredom. You are grown-ups. If you’re bored, get a hobby,” she told the group.

She also reminded the group of the very specific purpose of food: to sustain life.

Carden, already looking forward to week four and an upcoming camping trip, said the class has been unlike anything she’d ever experienced and that it had far exceeded her expectations.

“This isn’t about being on a diet,” she said. “This is about having free thinking and the tools you need to succeed.”

Hicks said there will likely be another session starting in Farmington in the end of August or early September. The introductory class, led by Teglas, is free. The cost of the classes begins at $99. Homeopathic products are available and are recommended but not required. For those unable to attend the weekly one-hour class, personal coaching options are available.