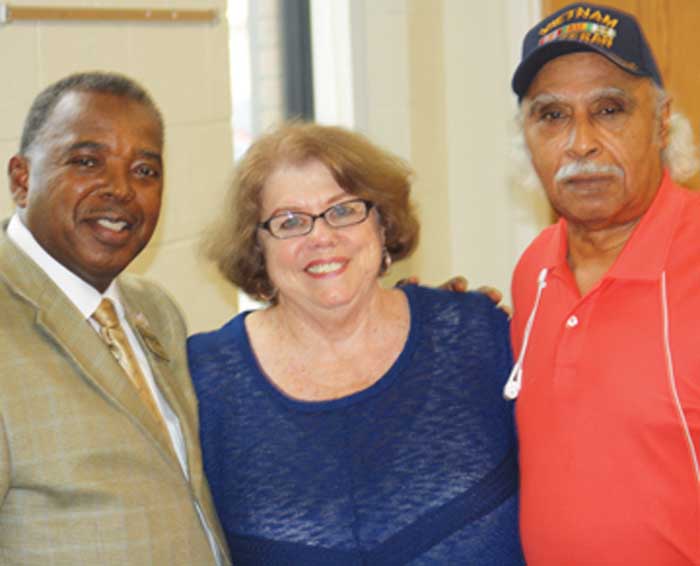 Democratic U.S. Congressional candidate Bruce Davis discussed the important issues facing Davie County, and the 13th District in a visit to the Democratic Women of Davie.

One of the most important issues brought up during the meeting, according to Davis, was the need for education reform.

“Education reform being the cornerstone of this campaign is an issue near to my heart both as a parent of children who came through the public school system and as the owner and operator of a child care and learning facility,” he said. “We were able to discuss the relationship between making education more readily available and its impact on reducing crime as well as a boosting the economy.

“Being able to hear from some of the people in Davie County tonight reinforced the idea that across the 13th district there are universal issues that affect people from all walks of life, education being one of them.

“I want to thank the Democratic Women of Davie County for hosting me this evening and providing me an opportunity to discuss my platform as well as to hear from the people who make up this great and diverse district who I always hope to hear more from.”

‘The Next 56 Days’ popular at Farmington center