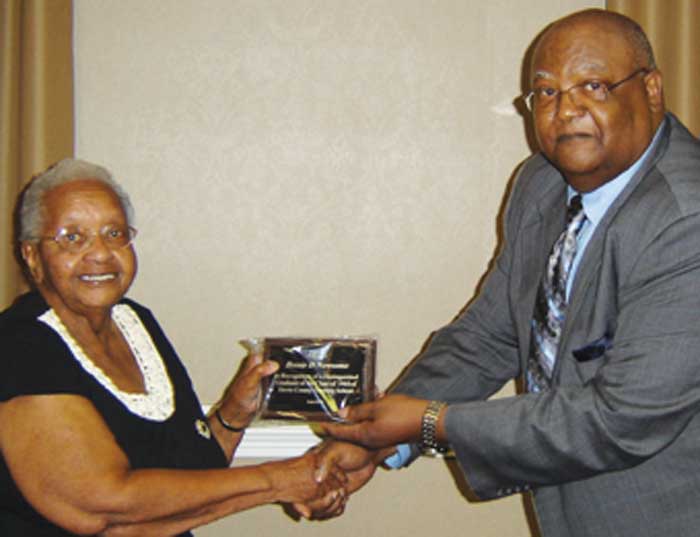 Awards are part of the annual celebration.

Alumni from Davie County Training School and Central Davie High School (DCTS/CDHS) had three opportunities to reminisce how things were “back in the day” the weekend of June 18 and 19.

The festivities began on Friday night with a social at Village Inn Conference Center in Clemmons. Former students and teachers visited with each other from 7-11 p.m.; some had not seen classmates for many years.

Food was provided by the hosts, members of the Class of 1966.

The celebration continued on Saturday at noon with a program at Central Davie Academy and grounds as the original flagpole of the school was given an addition. A monument was unveiled that gave a synopsis of the school’s history dating back to the 1920s.

The grand finale of the day was the 28th annual banquet at 7 p.m. at Village Inn and Conference Center.  Attended by 90 alumni, retired teachers, relatives, and friends, the formal event included dinner, program, and dancing.

Members of the Class of 1966 were the hosts, and the program was opened by William West, master of ceremony. The invocation and welcome was by Edith Downs and Patricia Saunders.

Faye Cain Carter was asked to lead in the singing of the Negro National Anthem, “Lift Every Voice and Sing.”

Guest speaker, Julius Suiter, encouraged the audience to keep a book in front of their grandchildren, and encouraged all children to spend time reading. Suiter, a former teacher of DCTS/CDHS and retired principal of Davie County Schools, gave several anecdotal remarks which entertained the audience.

After his message, Kenneth Brown provided the grace for the buffet meal.

Clyde Scott, chair of the scholarship committee, presented scholarship awards to two descendants of DCTS/CDHS. Keri Danielle Tatum is the daughter of Keri and Tamela Tatum, and granddaughter of three DCTS/CDHS alumni, Nettye I. Barber (class of 64) Toni Dalton (class of 67) and Daniel Tatum (class of 1962). She graduated from Davie High School and plans to attend UNC-Charlotte. Angel Williams is the daughter of Angela Crews Williams and Stephon Williams, and granddaughter of William Crews (class of 1965). She graduated from Atkins High School and plans to attend Hampton University.

An annual part of the reunion banquet is to sing the school’s alma mater, which was written by one of the school’s former teachers, Mrs. C.L. Massey and it reads;

As off springs of our dear Old Gold and Blue

Our Loyalty, we ever pledge to you.

As long as you defend the right and true,

Dear D.C.T., the school of all our pride

Thy fame has spread both far and wide,

We’ll cherish and we’ll praise and honor you,

Our school so dear,

Our Alma Mater Gold and Blue.

The host class presented the reunion with a donation of $800 towards the scholarship fund.  An anonymous donation of $200 was given in honor of Clyde and Gladys Scott, for their effort to get a historical monument placed on the grounds of the original school. The program closed with remarks by the reunion committee president, Azalee Stockton (class of 1967).

The room transformed into a dance floor with music provided by DJ Gray & Gray.

The next reunion will be hosted by the Class of 1967 on June 16-17, 2017. The reunion committee meets quarterly at Graham Funeral Home and the meetings are open to all students of DCTS/CDHS. 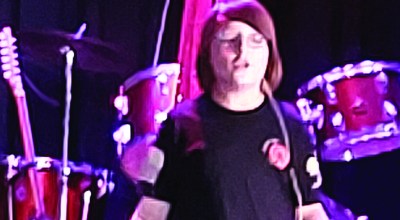 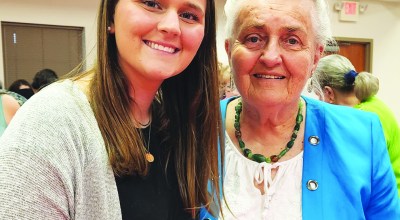 Mothers and more a popular night at Senior Services 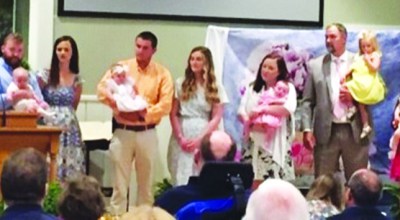 Caregivers need to take care of themselves