Budd may have had ‘rookie’ advantage 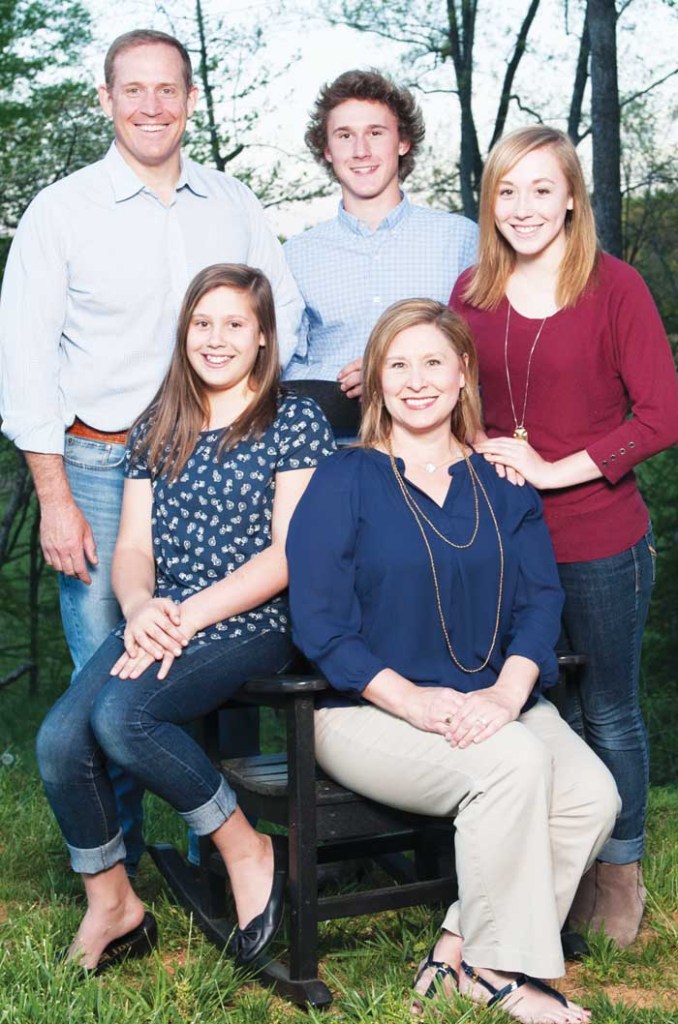 Ted Budd didn’t mind one bit that he was a political newcomer in the Republican primary in North Carolina’s new 13th Congressional District.

In fact, the rookie candidate from Advance thinks it was probably to his advantage in the bloated 17-person field that featured plenty of political bigwigs, including longtime N.C. Rep. Julia Howard, as well as N.C. Sen. Andrew Brock, both of Mocksville.

But did he really expect to win by a double-digit winning percentage against the loaded slate in his first attempt at public office?

“I think, first of all, it was partially the times we’re operating in, and it’s what voters were looking for,” Budd said last week as he looked back on his lopsided victory in the early June primary where he secured 20 percent of the vote, which was more than double the total of his closest contenders.

“If you go from the inside out, we were one of the last ones to file at about the last hour, but then we began calling out and asking people if they could help with the campaign and trying to build a team.

“We worked hard, we got up early and went to bed late, and we knocked on 2,500 doors including every single county in the district. We were different. We were a true conservative outsider who has never run for office.”

Budd, who was raised on a cattle and commercial chicken farm along the Yadkin River in Davie County, owns a gun range and shop in Rural Hall, and helps home school he and his wife Amy Kate’s three children, tallied 6,308 votes in the primary to win by more than 3,000 votes.

“The expectations were on myself and would I work hard enough to deserve this,” he said. “I can’t control the outcome, but I can control how I use my time, how I interact with people and be available, and I can be available and use every moment well.”

“We had some outside support from multiple organizations. People point to the Club for Growth, and we’re thankful for their support. Looking at the margins, we may have won without it, but we don’t know. Also, the House Freedom Fund endorsed us and several other organizations did. But I have to give credit to our team and the fundamentals and core of our campaign effort.”

During the campaign’s heavy television advertising blitz, Budd played up his attributes as a family man, farmer, small businessman, Christian, home schooler and one who had never been in the political arena.

So why exactly did he run?

“There’s a phrase that I believe, it’s a great quote, it’s scriptural and it says, ‘to whom much is given, much will be required.’ And I’ve always felt that burden to serve because I’ve had so many opportunities. That’s one reason. The other is our country is at a critical decision point, and we’ve got to make some significant changes for different outcomes.

“I want to be one who is part of the solution rather than those who just complain about the problems in Washington. Put those two things together, and my wife and kids were behind me, so I decided to run.”

After securing the victory in the primary, Budd will take on Democrat Bruce Davis, a political veteran from High Point, in November. In interviews after his narrow win over Bob Isner, Davis said that he didn’t know much about Budd other than him being a political newcomer, adding his experience should make him more qualified for the position.

“Maybe in another place and time, that would be an advantage, but I’m not so sure this is the year for a political insider,” Budd said.

As a true conservative who is a longtime NRA and Grassroots NC member, Budd vows to work to protect the freedoms afforded though the 2nd Amendment, repeal Obamacare, stand up for traditional American, Christian and family values, and fight to decrease big government along with pushing for lower taxes and an improved economic environment.

“I tell people I want to be the nicest person anyone has ever disagreed with. They may at the end of the day disagree with me, but I can still have a conversation with that guy.”

Budd values his Davie roots, moving from Forsyth County when he was a little boy, and the diversity of experiences developed between his family’s facility-services business, The Budd Group, and doing plenty of chores on the growing farm in Advance.

“If I wasn’t helping with cows or Tyson chicken houses, then I would go and work cleaning floors or doing janitorial or landscaping work in Winston-Salem,” Budd said.

He played football at Davie High, where he graduated from in 1990, and went to college at Appalachian State. It was there while he was studying business, that getting involved in student ministries led him to a mission trip in Russia where he met Amy Kate, now his wife of nearly 22 years.

They continue to go on mission trips and serve in their church, Harvest Bible Chapel in Winston-Salem. Their three children – Joshua, Kathryn and Macy – will all be teenagers next year.

Budd graduated from App State in 1994 with a degree in business administration and later obtained an MBA from Wake Forest in 2007.

When looking for a business to own and operate, he discovered a gun shop that was closed in bankruptcy, but he and a partner purchased and reopened it. ProShots has taken off, becoming a thriving retail store, training center and indoor range.

And now he’s looking to take the next step in life’s journey.

“Faith and family are my two priorities, but out of having the faith I realize that I have to make the most of who God has created me to be.” Budd said. “So that is my passion. He’s given me a broad range of experience, not for my own enjoyment but to serve others. If voters decide to choose me in November. I’ll gladly serve who I need to be and want to be useful not just to my creator but also useful to those around me – in particular those in the 13th District.”