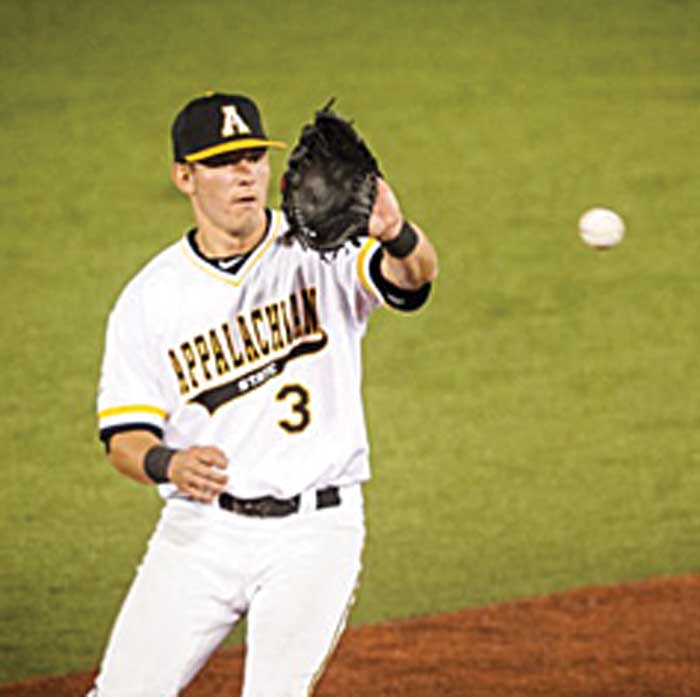 Every dark tunnel has a light of hope.

Matt Vernon was in a pit of despair following his freshman baseball season at N.C. State in 2014. The big talent from Advance was a benchwarmer for the Wolfpack, failing to appear in 36 of 55 games.

This is the apex of an amazing turnaround.

“It just shows me that hard work pays off,” Vernon told the Winston-Salem Journal. “It’s always been a dream of mine (to play in the CCL), so a dream coming true definitely says hard work pays off. I started at the bottom in college. I didn’t play much. Where I’m at today is a big jump and it’s been nothing but hard work. To get an opportunity to go to the Cape is just icing on the cake.”

In 2013, Vernon was a senior for Davie, hitting .291 with five home runs, 24 RBIs and 20 walks/hit by pitches to help the War Eagles to a 16-8 record. One of his Davie teammates was Jeremy Walker, who was recently drafted in the fifth round by the Atlanta Braves.

Vernon’s freshman year at N.C. State was a miserable experience. Seeing action in 19 games and getting six starts, he hit .136 (3 for 22).

“That made it tough,” he told the Journal. “It was really tough on me. I was really down on myself there, and I wasn’t enjoying the game like I should have.”

Vernon transferred to Florence-Darlington Technical College (Florence, S.C.) in 2015 and played one year for the Stingers on the junior college level. Playing second base, shortstop and third, he helped the team carve out a dominating 36-14 record. In 48 games, he hit .267 (43 for 161), was first on the team in home runs (six), second in runs (32), tied for second in RBIs (33) and fourth in hits (43).

“I learned to have fun again,” he said. “Fall in love with the game again and work hard. At N.C. State, I took it for granted. A big school, nice gear and all this nice equipment, and I took the game for granted. Going to junior college did a reverse on me. I learned how to appreciate the game, have fun and compete a little harder. It was a great experience for me. I’m glad I did it.”

Billy Jones, who was fired as Appalachian State’s coach following the 2016 season, has a son, Ryder, who played on the same showcase team as Vernon a few years back. That connection helped Vernon get a shot at App.

Vernon was named Second Team All-Sun Belt Conference. This summer he’s in Chatham, Mass., playing for the Chatham Anglers in the Cape Cod League. It’s been impressive to watch his baseball career rise from the ashes.

“That (freshman season at N.C. State) definitely fueled my fire,” he told the Journal. “That was definitely motivation and I think about that every day. I just want to prove them wrong, and Jones has given me a chance to do that and App State has given me a chance to do that. (I) never get down on myself. There’s been a lot of ups and downs – mostly downs – but now that I’m at App, things are starting to work out and it’s awesome.”