Merrifield sent back to Triple A 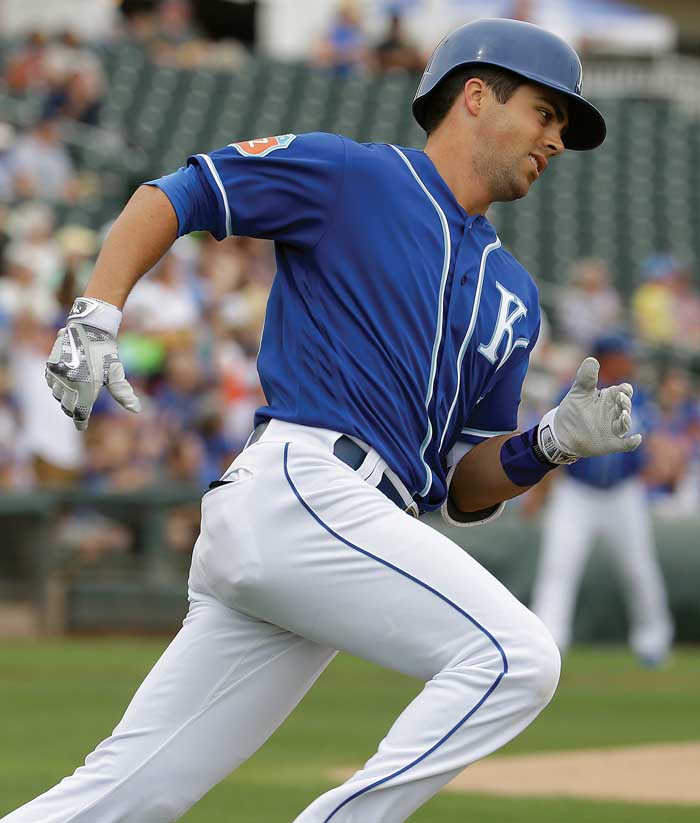 Think about this: In 24 Spring Training games for the Kansas City Royals, Whit Merrifield hit .386 with five doubles, two triples, two home runs, three stolen bases in as many attempts and had an on-base percentage of .429. In the final days before the 25-man roster was to be announced, he went 8 for 9 over two days.

Ask anybody about Merrifield’s chances of making the show and they would say: “This is it. He’s going to make it. He’s finally going to get a shot.”

The 27-year-old infielder/outfielder from Advance was going to live out a dream he’s been talking about for years. After spending six years in the Royals’ farm system, he was going to make it.

A Hollywood ending it was not. Merrifield did not make the big-league roster. He’s back at Triple-A Omaha. It was devastating news. Family and friends were exasperated when the news came on March 31.

“We were really impressed with him last year, too,” Kansas City manager Ned Yost told the Kansas City Star. “You just kind of appreciate his ability to be a super-utility guy. He can play all outfield positions very solidly. (He can play) all infield positions. He’s a baseball player, man.”

And this from Yost: “I would feel comfortable putting him in any position in a big league game.”

And then this from Yost: “He’s a super utility guy who is very versatile.”

Merrifield said. “I know I can play. I think I can play in the big leagues. I was drafted as an outfielder, but I think they know I could do multiple things. I am just trying to do what I can to show them what I can do. That’s the only thing I can control. Whatever they decide, they decide.”

The club was deciding whether or not to carry 11 or 12 pitchers and 13 or 14 hitters. Merrifield was vying for the 25th spot with Cody Decker, Terrance Gore and Travis Snider.

Merrifield’s average fell to .386 as he went 0 for 4 shortly after being told he did not make the cut.

The Royals decided to keep Gore and 12 pitchers. Gore is a one-trick pony – he can steal bases. He’s a lightly-regarded hitter, but he has excelled as a pinch-runner, stealing 12 of 13 bases the past two seasons. Merrifield, meanwhile, will begin his seventh season in the minors with Omaha. He will keep plugging and keep hoping to get the big call.

“He had such an awesome Spring Training, and I’m hoping he can carry that momentum onto Omaha,” mother Kissy Merrifield posted on Facebook.