Tennis bounces back after CPC losses 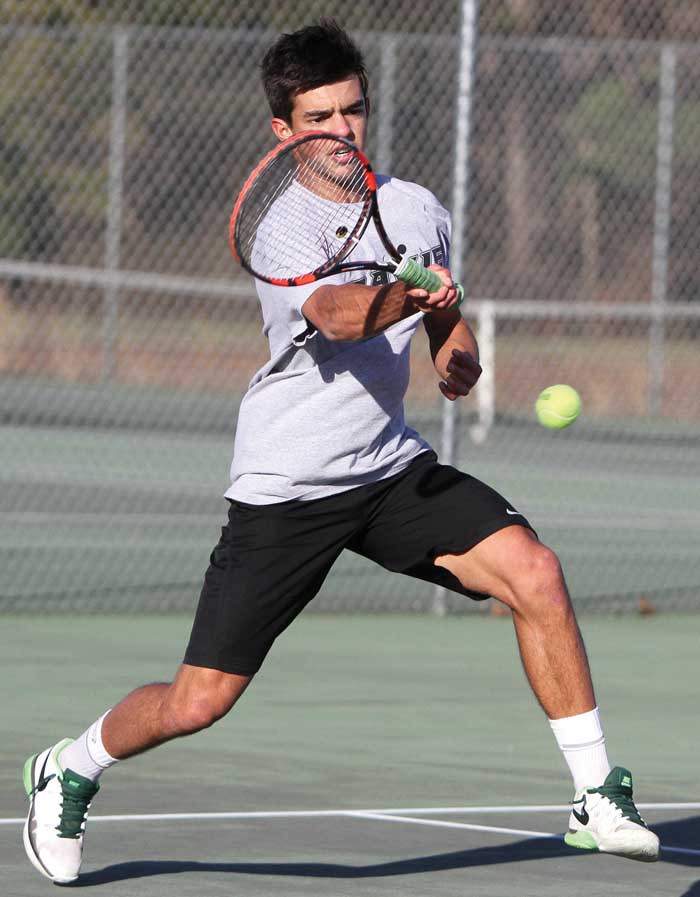 Davie’s tennis team suffered a pair of Central Piedmont Conference losses last week. It did pick up some momentum by week’s end, winning a doubleheader from Lexington in nonconference play.

In a home match on March 7, Davie ran into an overpowering demolition machine in Reynolds, losing 8-1. The consolation for Davie: In all likelihood, the Demons will shred every CPC opponent into tiny little bits.

Reynolds hasn’t lost a conference match since 2012. With two tennis academies in Winston-Salem, one of which is in Reynolds’ back door, the Demons have seen some great talent come through. That level of tennis acumen was on full display against Davie.

“Playing Reynolds is almost not fair or like taking a knife to a gun fight,” coach Shane Nixon said. “But I was proud of the way my guys competed.”

The one win came from sophomores Ben Marklin and Parker Froelich at No. 3 doubles. They romped 8-1.

“I was so proud of Ben and Parker,” Nixon said. “They really focussed on not letting us go winless and played a near-perfect match.”

A loss to West Forsyth – the first loss to the Titans since 2010 – was not part of Davie’s plan on March 9 in Clemmons. Davie fell short 5-4 after winning 11 in a row in the series.

While the score wasn’t what Nixon had hoped for, he was nonetheless happy with most of the effort.

“My guys played well for the most part,” he said. “West is much better than last year. Their Nos. 5 and 6 were their 2 and 3 last year. By contrast, we lost two of our top four to graduation and just haven’t figured out how to win in all those spots yet.”

“We are working hard every day,” Nixon said. “I felt like (the day before the match) was the best practice we’d had in two years. I expected us to win. Unfortunately, we still have some growing and learning to do. We’ll figure it out, and when all these teams come on the other side of the schedule, some of these scores are going to be much different.”

In a nonconference doubleheader with Lexington on March 10, the host War Eagles picked up two much-needed wins (7-2, 6-3).

Nixon was pleased that the margins allowed him to get some guys who hadn’t made a start in real competition a chance to play.

“As much as I value exhibition play as a great learning tool, it isn’t the same,” he said. “Getting some of my young guys chances to play is a great thing for the program going forward. Couple that with two wins and it was a good day – a really good day.”

“(Johnston and Hollar) are wonderful teammates,” he said. “These are guys that right now don’t get much real game playing time, but they work hard in practice and play hard in exhibitions. I am really proud of both guys.”

JV soccer off to best start in 8 years