JV soccer off to best start in 8 years 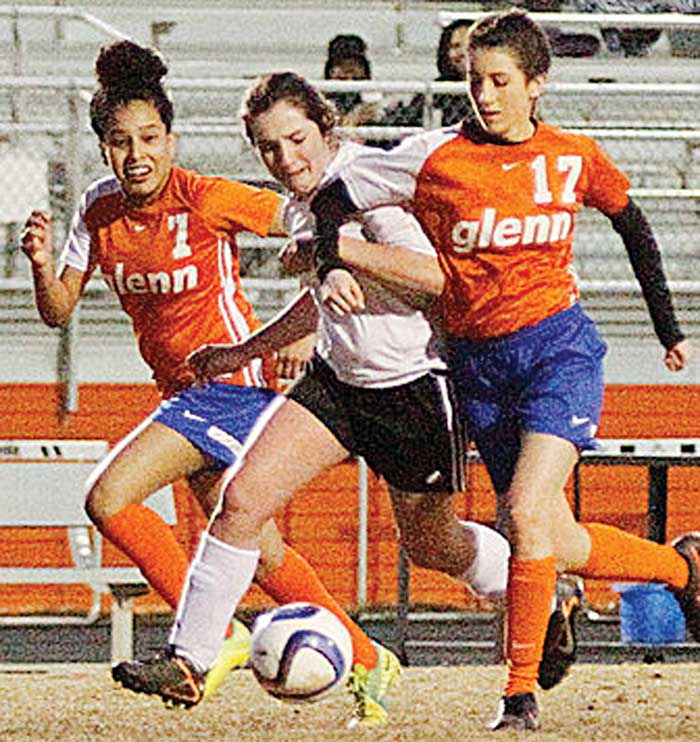 • It is the best four-game start in eight years.

Davie rocked Glenn 4-0 on the road on March 8, four days after blanking the Bobcats 3-0.

Reece Vizcaino had two goals and an assist. Her fifth goal of the season – which gave Davie a 2-0 halftime lead – came off a long punt by goalie Maddie Tellup. Elaina Burr assisted Vizcaino’s first goal.

“Reece is fast and has great control of the ball,” rookie coach Cody Cook said. “When she gets an open shot, she usually puts it where the keeper has no chance of saving it.”

The War Eagles played more stellar defense in a 0-0 tie at Mt. Tabor on March 10. It was Davie’s third straight shutout. It has outscored opponents 8-1 on the way to the best start since the 2008 club opened 4-0.

“We had our chances to score, but just could not connect,” Cook said.

Tellup (14 saves), defender Kam Parks and center midfielder Burr made sure Davie did not leave with its first defeat.

“We played really well,” Cook said. “Tellup played an amazing game. Parks does a great job of leading our defense and (this game) was no different. She was always there to clean up any mess that we found ourselves in. Burr is our main distributor. She does a great job of getting the ball up the field and also making sure she is back to play defense every possession.”