Cheerleaders again among the best in nation 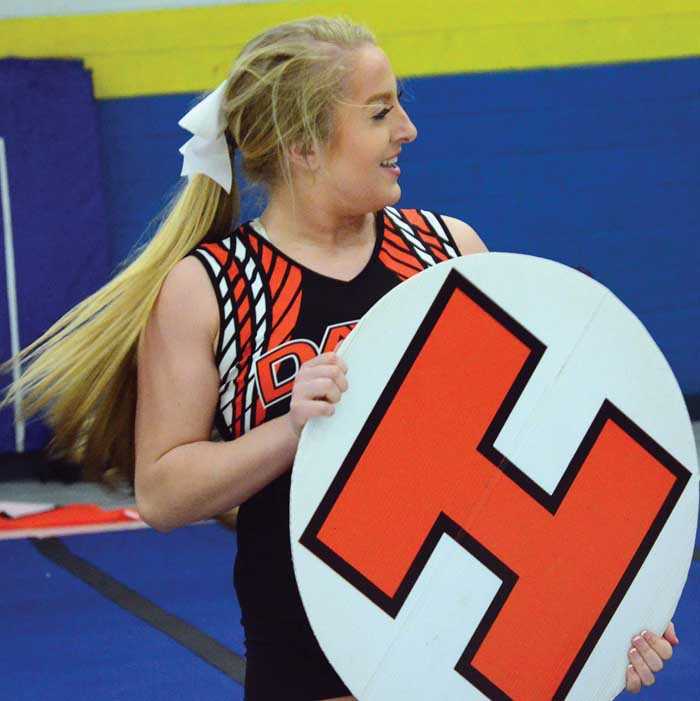 The Davie High School competition cheerleading team was young – especially the boys. Capturing a national championship would be a reach. Even making it to the finals would be an accomplishment.

Competing against 21 other teams in the medium coed division at the National Cheerleading Championships earlier this month in Orlando, Fla., the team finished second.

“You could ask any kid on the team and they would say that second place never felt so good,” said Angie Stage, who coached the team along with Amy Barnette-Vetter and Drew Yoder.

“In the finals, it was a zero deduction routine, which means the skills were performed perfectly. The team was super relaxed going in to finals and very calm during warm ups.”

The final day of the competition was the World School Championships, a title Davie has won in various coed divisions for five consecutive years. It includes teams from around the world, and the only U.S. teams allowed are ones that placed in the top 10 in nationals or in the top three at the world championship the previous year.

The coaches were somewhat worried. The venue had problems. It was cold and raining. The athletes didn’t have time to properly warm up.

“It was not our best performance of the weekend,” said Stage. “We were prepeared for a second or third … but at 12:45 in the morning, when they called our name as the winning team, it could not have been any sweeter.”

“We’ve come a long way … a Cinderella team with humble beginnings,” Stage said. “We have a strong tradition in Davie County for excellence in cheerleading, but every season the team that takes the floor starts from scratch. They have to earn it. This team surpassed our expectations as a coaching staff.”