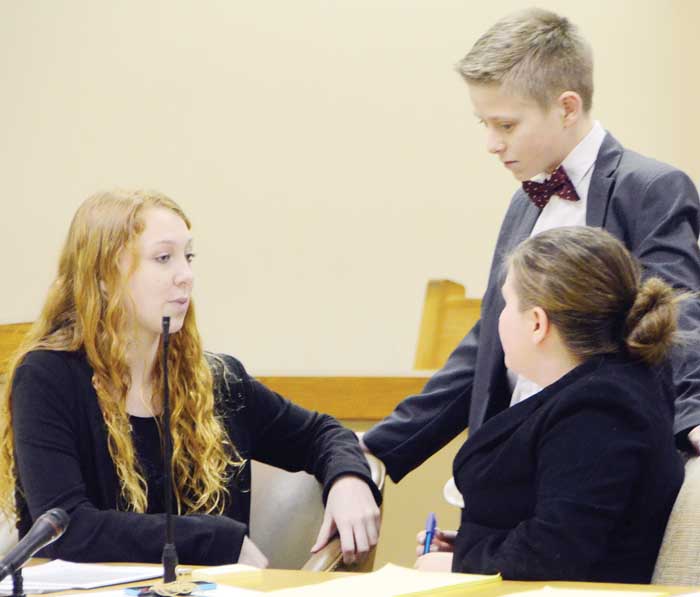 The Davie High School Mock Trial team is just that – a team.

Judges at a competition in High Point Saturday noted just that.

“They saw us functioning as a true team throughout the trial,” said coach and teacher, Tani Caudle. “As a coach, I know that building knowledge and skill is only part of the task. Building a team is everything. I could not be more pleased with this team.”

The team lost on a 2-1 score in round one, and won round two by a unanimous 3-0 decision.

Star awards, given by opposing teams, went to: Allison Staley and Elaina Burr as witnesses, and Staley and Thomas Hurst as attorneys.

The team has been preparing since September, with each student rehearsing for all parts of a trial – jurors, witnesses, defendants, attorneys for both sides. Local attorneys Rob Raisbeck and Brandy Koontz-Stockert helped the students.

Sponsored by the N.C. Academy of Justice, formerly the trial lawyers association, the competitions are held statewide, staffed by volunteer lawyers, Raisbeck said.

“I am tremendously proud of this group,” Caudle said. “They have worked hard and have achieved even better results in our second year of competition. We range from freshmen to seniors, and they all brought their best to the competition.”