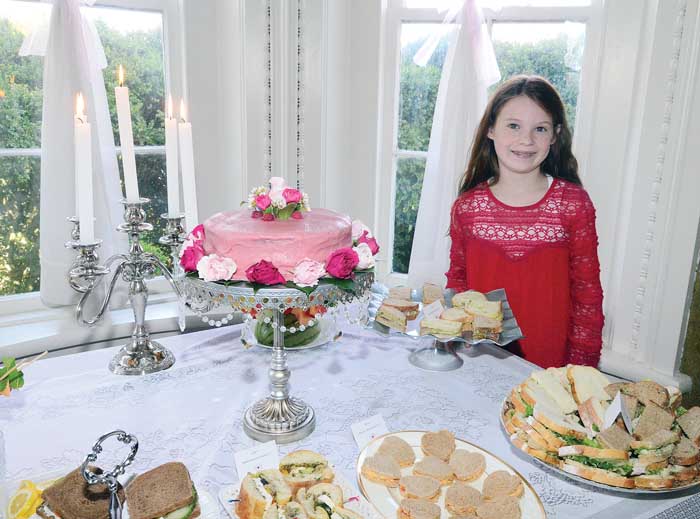 Clara Tate Foster is ready for her tea party to begin.

Clara Tate Foster has a key to the Cooleemee Plantation – and to her grandparents’ hearts.

When Spurgeon and Sherry Foster bought the plantation last year, Clara Tate was quick to say it was hers – and that she was going to have a tea party there.

It happened Saturday, with plenty of family members and friends from Down East attending.

They toured the sprawling plantation house built in the mid-1800s, played with American Girl dolls, and sat down for a formal, catered tea party.