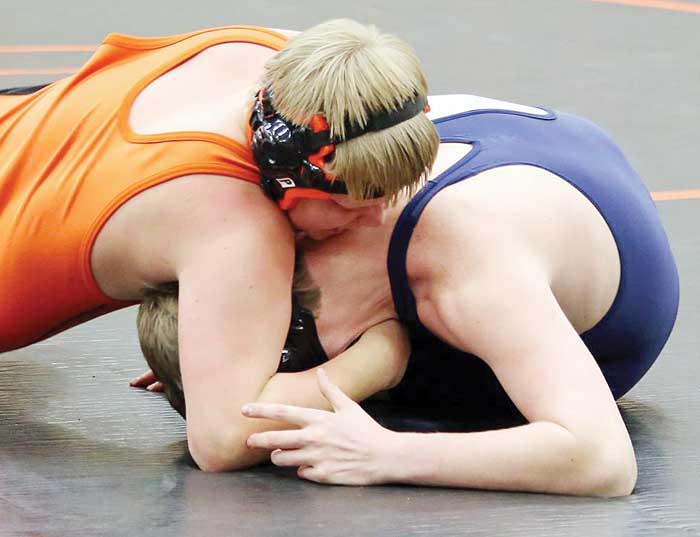 South Davie’s wrestling team took a huge step forward this season, although the final match was a clunker.

The Tigers lost 69-30 at West Rowan on Jan. 21, suffering their worst loss of the season on the heels of one of their proudest moments, a 45-42 win over previously-unbeaten North Wilkes.

When the Tigers arrived in Mt. Ulla, they knew the season-ending tournament at Wesleyan two days later had been cancelled because of snow. Thus, they were uninspired in their first match in seven days, losing 12 of 17 weight classes.

“They had some good kids, but I felt like we wrestled terrible,” coach Perry Long said. “I think when they knew we weren’t going to have the tournament, it was like some of them didn’t even want to wrestle. I about had to make some of them wrestle. It was frustrating.”

Four of South’s wins were pins. They came from Armando Garcia, Jose Gama, Kenneth Lee and Jose Ramirez. Chase Robertson got a forfeit.

“They had some stout kids all through their lineup,” assistant coach Russell Hilton said.

“West Rowan is not a bad team, but if we’d wrestled like we wrestled North Davie, they wouldn’t have beat us,” Long said. “When we went over there, they knew the season was over (after this match) and they felt like they didn’t have anything else to shoot for. (Rowan County) is going to do their conference tournament this weekend.  That makes a difference.”

Although the end was a downer, the season as a whole couldn’t have gone much better. The 8-3 record produced the best winning percentage (.727) in seven years. Lee, Ramirez and Garcia deserve the most credit for revitalizing the program, each going 10-1. Nine Tigers turned in winning records, including Tyris Griffin (9-2), Darren Jefferson (8-3), Adam Szewczyk (7-4), Adrian Romero (7-4), Bryan Pastor (6-4) and Robertson (6-5).

“We had a good year,” Long said. “I felt like we easily should have been 9-2. I want to get some bigger kids out so we can get a full squad. Even though we had less forfeits than we used to have, I’d still like to fill the upper weights up.”

South had to forfeit all year at 197, 222 and 250. Twins Ben and Bishop Norman, who were standouts in football, would have been huge assets. Unfortunately, they both exceeded the 250-pound weight limit. One weighs 276 and the other 297.

“They were too heavy, but they practiced every day,” Long said. “Those kids did all they could do. They stayed motivated with the team and traveled with us.”