Close one gets away from JV girls 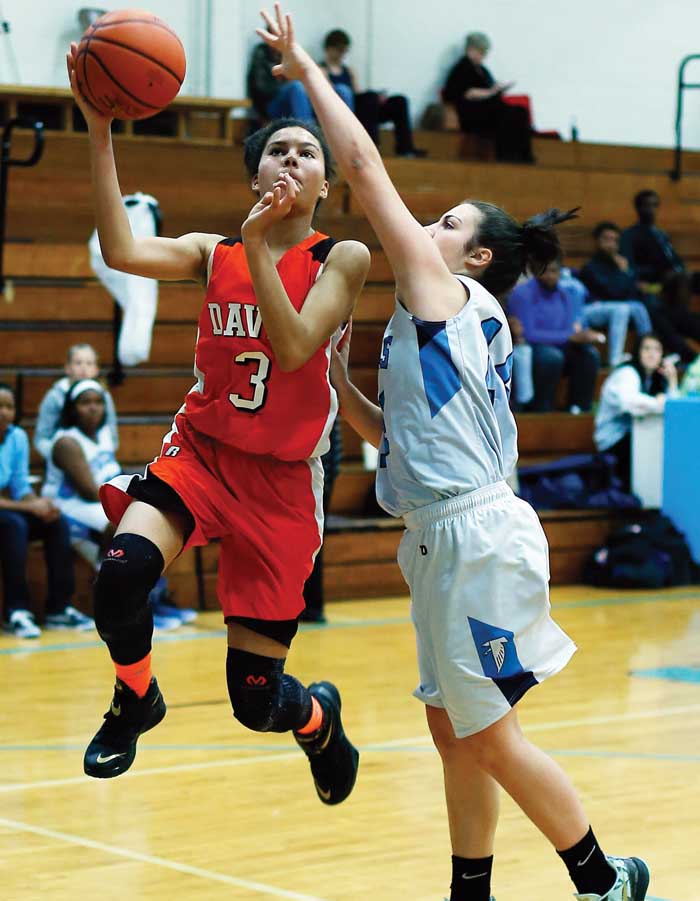 Madison Jones heads to the hoop.

Davie’s junior varsity girls basketball team is showing signs of growth. It just has not delivered in the clutch.

“We let one slip away,” coach Debbie Evans said. “We built a 10-point lead but got sloppy with our passes in the second half and beat ourselves.”

The War Eagles could not have played much better for three quarters. They took a 16-10 lead into the half and led 27-23 after the third. It was their fourth halftime lead of the season and their second lead at the end of the third.

But all the good vibes evaporated in the fourth as Davie was outscored 14-7.

“This was another learning experience for this team,” Evans said. “We just can’t quite put together enough good things to win yet. But we’ll keep working and it will come.”

Makenzie Dalton (10 points, 4-of-6 free throws), Reilly Poole (8 points, 4-of-8 field goals) and Madison Tellup (7 points, 3-of-5 field goals) had nice shooting games. Davie also got four points from Alexis Dulin, three from Emma Allen and two from Madison Jones. Jones also grabbed 13 rebounds – the third time she has collected that many in a game.