Learn from failures to achieve success 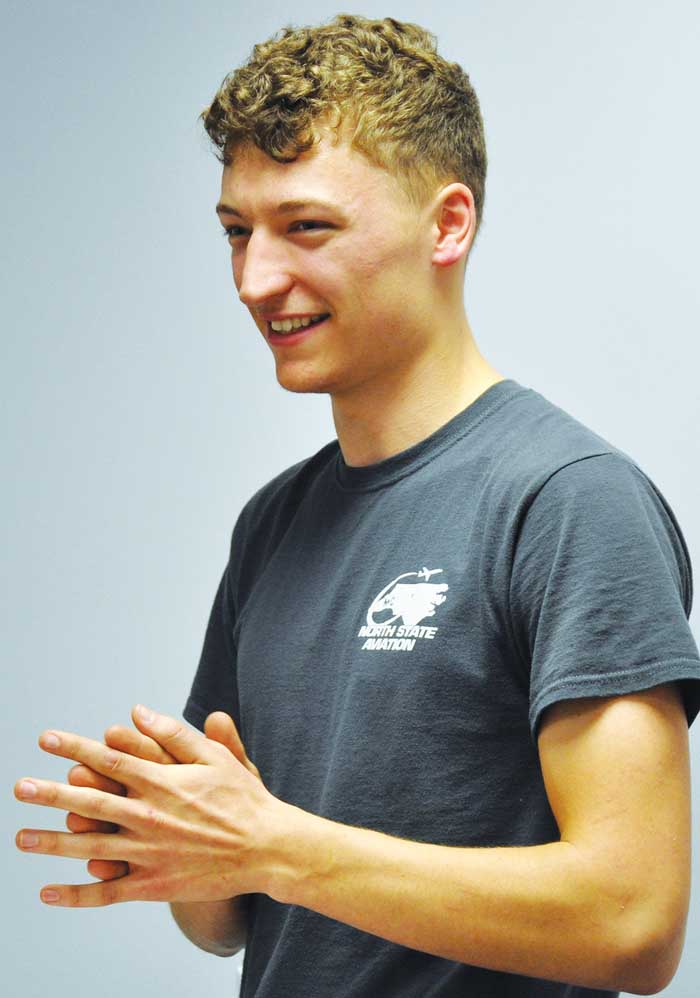 Thornburg was introduced by his father, Lt. Todd Thornburg, who shared that Adam has paid all his college tuition and expenses at Guilford Technical Community College, and has accumulated no debt.

Now 21, Thornburg works as an avionics technician at North State Aviation in Winston-Salem. And after work, he has continued to learn more life lessons as he trains and spars at a local gym and boxing club.

“Everyone there is working so hard to better themselves. They are working at perfecting certain skills, of course, but for many of the guys, it becomes something deeper. We look for ways to help and support one another,” he said.

“Purpose and hard work make up for many disadvantages,” Thornburg said.  “Why do you think character development is important to CAP? No matter what happens, you will always have your character and that can make any opportunity successful. I did not plan a career in aviation. I had my own dreams of what I could become, and then I met a missionary pilot and mechanic in South Carolina. I started working with him just to see what it was like, and soon I was at the airport every day. He was inspired by my initiative, and invited me to join him for the summer in Alaska working with his crew. We worked on all sorts of small airplanes and flew all over the Alaskan bush.

“Aviation immediately became a goal to continue, and here I am today working on jets for United Airlines.  Sometimes an opportunity is really obvious, and our personal agendas need to be pushed aside for reality.  Learn to love what you do.

“I’m not a part of the Civil Air Patrol, but from seeing the changes that CAP has made in my sister, C/Lt. Joy Thornburg, CAP is training in how to work hard.

“I have found that boxing is the toughest sport. It’s all the exercises nobody wants to do. I had to ask myself, ‘do I have the heart to box?’”

His first night of sparring he got beat up pretty bad. His partner, he later learned, was a Marine who had recently returned from tours in Afghanistan and Iraq.

“I heard a little voice in my head saying: you can quit now and nobody would blame you. But at the same time I knew that was just an excuse. We have more energy than our fears allow us to use; when we see there is more (energy) than we realized, we don’t listen to fear anymore. We learn more from our failures than our successes.”

Senior members and guests left with a sense of hope for the next generation, and cadets gained insights from his examples.

For more information about CAP or the Sugar Valley squadron’s activities, visit http://nc052.org/.