Noting the situation sounded like “a badly written episode of CSI,” Khiry D. Wharton’s attorney, Michael Parker, said Wharton smelled a rat when Hunter Morgan and Tyler Shrewsbury, who had a “serious marijuana issue,” contacted Wharton to bring them some marijuana.

Assistant DA Rob Taylor said, “They were trying to get a delivery to Bermuda Run (where Morgan lived with his grandparents). Morgan had an empty gun and a toy gun … and when the dealer came, they were gonna rob him, take the weed and not pay. Wharton was the one allegedly bringing the weed, but he said to his uncle, Terrell Anthony, ‘these white boys want me to come to Bermuda Run, go through the gate house…that’s not a good idea.’ So they didn’t bring any weed, and their plan seems to be they take the money and not give them the weed. So basically they were planning to rob each other.”

Wharton took Anthony with him, and Anthony ended up taking the gun from Shrewsbury and pistol-whipping him. Wharton robbed the boys of any items of value that were in their bookbags and car, and he and Anthony took the boys from Bermuda Run to Clemmons, dropping them off in a cemetery and telling them they better come up with some money in the coming weeks, Taylor said.

Morgan and Shrewsbury got scared and ended up telling the SRO at Davie High they were minding their own business when they got jumped, but the officer didn’t believe them. However, it was suspected Wharton and Anthony were involved.

A few months later, Wharton was stopped, and when his vehicle was searched, officers found pills, a firearm, marijuana, paraphernalia, and more than $2,000. He also had outstanding warrants and was arrested and charged with two felony counts each of robbery with a dangerous weapon, second degree kidnapping, and extortion, felony possession with intent to manufacture, sell or deliver marijuana and possession of marijuana, and misdemeanor possession of drug paraphernalia, carrying a concealed gun and simple possession of a schedule IV controlled substance.

As Parker began to give Wharton’s side, Judge William Z. Wood Jr. interrupted him to say, “Usually people get shot in situations like this.”

Parker agreed, telling him Wharton knows he is lucky Morgan and Shrewsbury “weren’t bigger players than they were.”

He said the situation changed Wharton, who has moved away, cut ties with people he used to hang with, and landed a good job with a race car team. Parker described Wharton as always “clean, polite, and cooperative. He was a product of his environment but he’s risen above that and he’s not living the thug life any more. We are just not going to see this young man in here anymore,” Parker said.

Wharton, 21, told Wood: “I’ve changed. I know I was bad but people can change. I’ve been working hard as a crew chief for Dark Horse Racing, and I travel a lot. My boss loves me; he’s not gonna give up on me. He’d find me work here if I couldn’t travel because of probation.”

Saying “This is about as dumb as you see. Just stupid,” Wood sentenced Wharton on a reduced charge of conspiracy to commit common law robbery, to six to 17 months, suspended four years. He is allowed to travel outside the state for work if he gives his probation officer 10 days notice. He is to submit to warrantless searches for drugs and weapons, have no contact with the victims or Anthony, and complete his GED.

All the other charges were dismissed.

Wood told Wharton to “get a life and get out of this stupid stuff,” and said, “He’s awful lucky he’s not going to prison.” 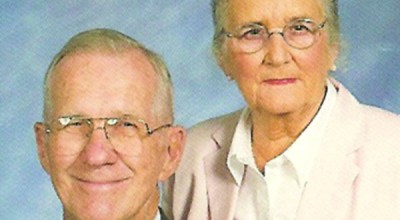