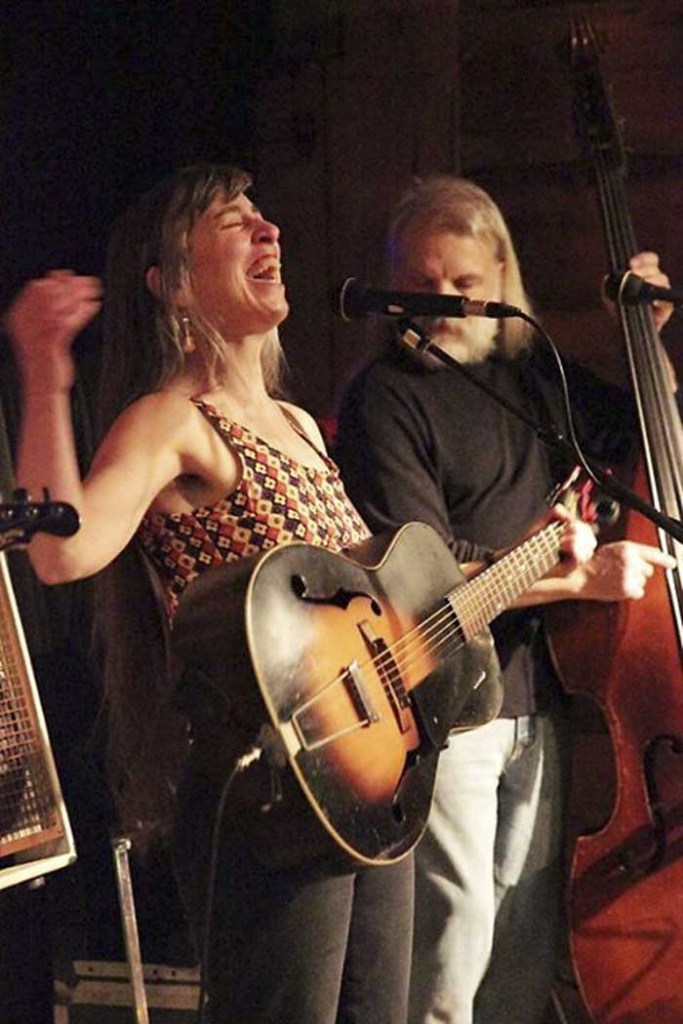 Michelle Belanger and The Mystery Hillbillies will perform at the Four Oaks Festival in Downtown Mocksville on Saturday.

The Four Oaks Festival, re-scheduled from earlier in the month because of rain, will open at 10 a.m. Saturday under the oak trees on the square and along Depot Street. There will be more than 56 vendors selling arts and crafts, soaps, pottery, glassware, pumpkins, gourds, landscaping plants and fresh pies and cakes.

Activities for children will include inflatables and balloon artist and storyteller Mike Decker.

The music starts at noon with the Mystery Hillbillies playing their version of rockabilly and western swing music.

Michelle Belanger leads the group with her strong voice, pulling from her rock and Motown roots that morphed into stringband and swing music. The Hillbillies play dancing music, and Belanger herself is known to dance on stage.

At 1:35 p.m., the band Street Feat is scheduled to take the stage, playing country and classic rock tunes.

Expect to hear country songs you know when Elliott takes the stage at about 3:30 p.m. He was named Country Artist of the Year for North and South Carolina by the Country Music Awards.

Food and beverages will be available. Bring a lawn chair for seating.