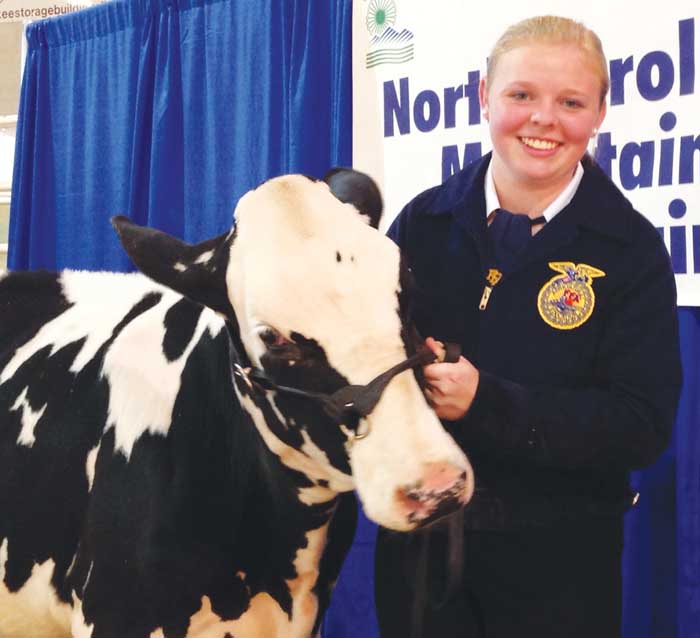 Hunter Hendrix is first in the region in a high school dairy competition.

At the state event, participants are scored based on how well they present each animal. There were two heats this year.  Hendrix won the first heat and made her way to the final round with only four other individuals.  She placed first in the Northwest FFA region and placed top 5 in the state.

“We are proud of her hard work and look forward to seeing her compete again next year,” said FFA advisor, Jesse Lebetter.