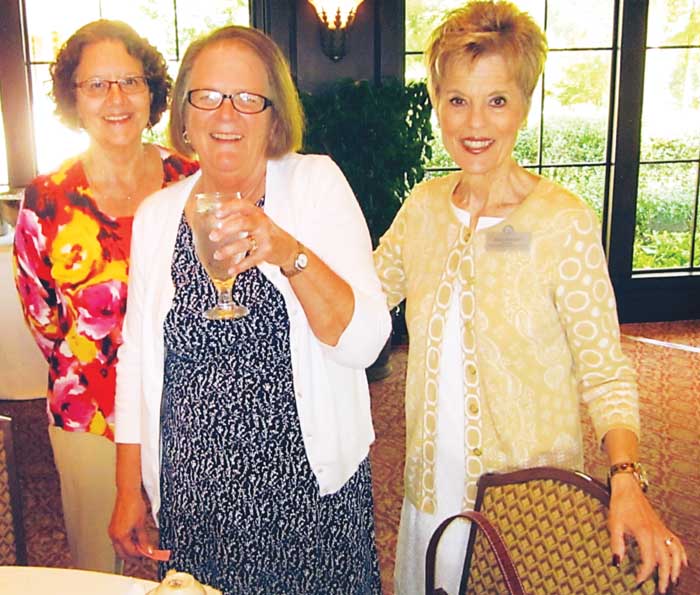 Sept. 9 brought the beginning of Mocksville Woman’s Club’s 2015-16 year by introducing a new slate of officers, a schedule of community service programs and projects, fundraising and fellowship for members.

The group is open to women of Davie County who want to become involved and contribute to the community through arts, conservation, education, home life, international outreach and public issues.

“A service organization which assists and supports a wide range of projects, it is an excellent way to form new friendships while being of service,” said Christy Schafer, second vice president. Contact her at christyschafer@aol.com for meeting times, locations and subjects of programs.

Gail Kelly was recognized as an “Ordinary Woman Making an Extraordinary Difference!” for 50 years of service to the club, of which she was president for three terms. She served on the district level of GFWNC in many capacities, while being a volunteer in Mocksville and Davie County.

“Gail serves as an inspiration to all women in her dedication to serving others,” one member said.

Myra McGonigle and Christy Schafer were recognized for their involvement with the club.

Davie County statistics for the past five years revealed the following:

There has been a dramatic increase in suicide attempts by children from age 11-20, which presents a challenge for school administrators and counselors. A counselor said there is a perception that if suicide is talked about in school, it might encourage an attempt.

Eads said CenterPoint has a mobile crisis unit and a 24-hour access line at 888-581-9988. It doesn’t help, they said, that some insurance policies do not cover mental health issues.

Davie County has a suicide prevention team through the health department, and it can be accessed by calling 753-6750.