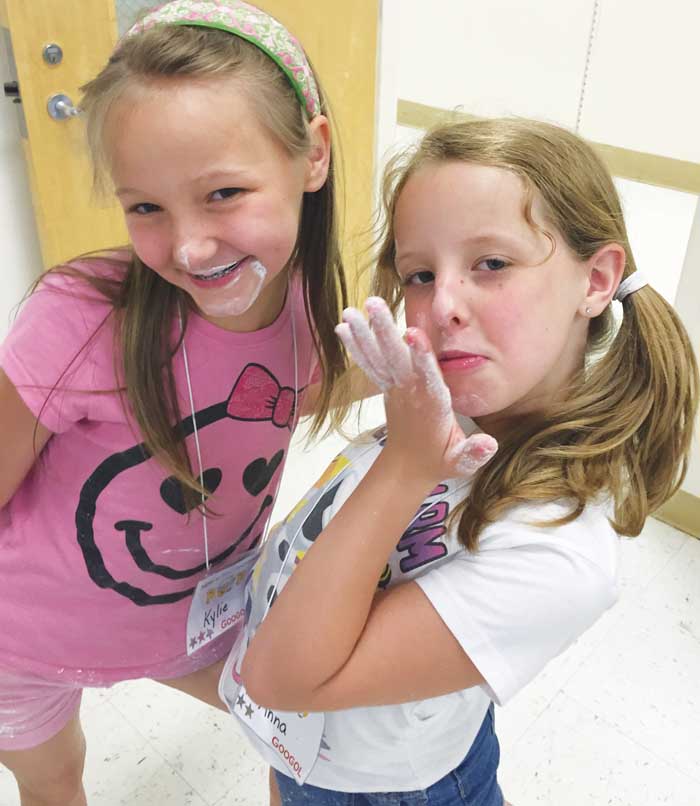 When you’re learning about science, technology, engineering, and math, anything can happen.

That’s what more than 60 Mocksville Elementary students learned this summer at four-week summer camp. Thanks to a grant from the Davie Community Foundation, this experience was offered at no cost to the students.

Each week of the camp had its own theme.

During “Human Machines” week, students learned that their bodies are machines. They built a model of a human body, learned how to “trick” their senses, tasted foods to learn about the tongue, created body collages, and designed obstacle courses to challenge their bodies. Students also experienced Zumba and yoga.

During “Crazy Chemistry” week, students made dancing spaghetti, launched soda into the air, made homemade bubble gum, created a gooey solid/liquid substance called “ooblek”, and learned how to make lava lamps. Students learned about engineering as they built structures out of paper and created paper bridges that would hold 100 pennies.

“Earth Adventures” week included activities like creating a desert biome, making fossils, building terrariums, testing filtering materials, and learning about scale by determining the “scale of a whale”. Students had a “tour and taste” at Lowe’s Foods in Clemmons.

On the final day of camp, students took a trip to Discovery Place in Charlotte.