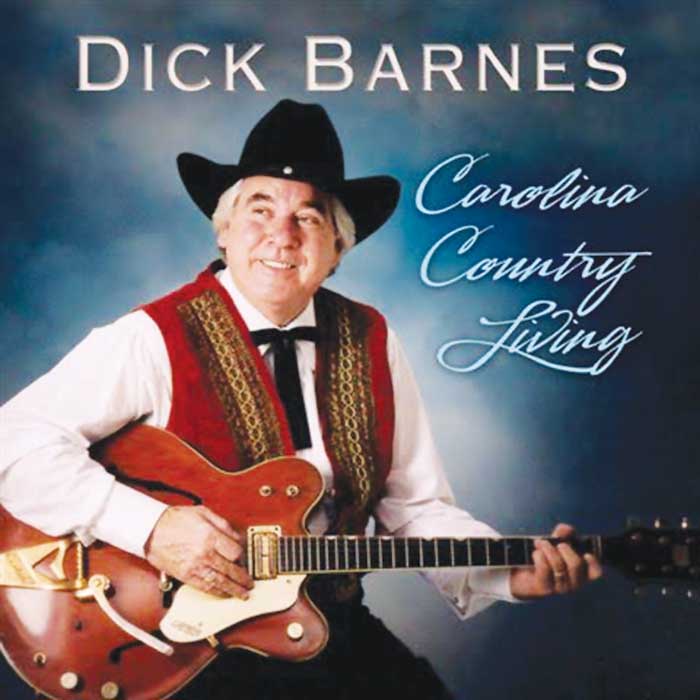 It contains country, Americana, gospel and novelty songs ranging from city slickers moving to the country wanting to live like country folks to a donkey running moonshine in the Blue Ridge hills of North Carolina.

The gospel songs are written and recorded as southern traditional. All songs were written or co-written by Barnes, who lives in Advance.

Barnes is working with CDX, Nashville, Tenn. and Tripplestrand Productions to release the first two songs from the CD, “Born That Way” and “Caroling Moonlight” to more than 2,000 radio stations later this month.  He is working with MLG Promotions in Virginia and HOTDISC in Galashiels, Scotland to release songs to more than 1,000 radio stations in Europe and elsewhere.

“I am very pleased to be releasing this new CD,” said Barnes. “These songs come from my heart and from my love of our state and it’s people. All my songs celebrate all that is good about our beautiful state.

One of my songs previously released, “North Carolina – The Place to Be”  hit No. 1 in 13 countries and was nominated for song of the year by ECMA Awards Choice. It probably did more to promote N.C. than our travel and tourism folks did,” said Barnes.

Listeners can hear a portion of each song on the “CD at cdbaby – http://cdbaby.com/cd/dickbarnes4  and  can hear the latest release from at Soundcloud – https://soundcloud.com/goodolcountry.

Barnes’ music is available on iTunes, Spotify and amazon.com.

Barnes has been performing since age 3. Coming from a family of 12 children that made up two gospel quartets and a duet, his early years were spent performing in churches throughout the south. His deep musical roots broadened over the years to include country western and bluegrass music.