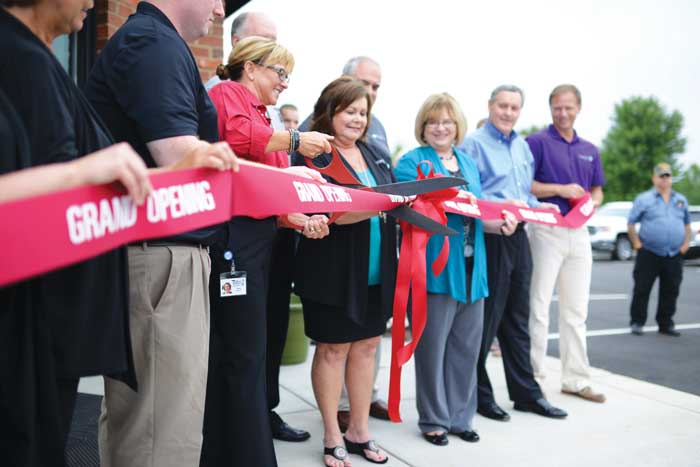 Approximately 500 people attended the event at the store on Yadkinville Road, in front of Lowe’s Home Improvement. Yadtel’s Mocksville store had been located about a mile north beside the Walmart Supercenter.

“We went through 59-nine dozen Subway cookies,” said Robin Sammons, store manager.  “They (Subway) did a great job keeping us in stock.  The crowd was amazing.”

The store’s grand opening began with a 10 a.m. ribbon-cutting ceremony conducted by the Davie Chamber of Commerce.  Yadtel CEO, Mitzie Branon did the honors of declaring the store officially open and addressed those gathered.

“We are very excited to be in this new location,” she said. “The new store is beautiful and the people of Mocksville have always been so supportive. We invite everyone to come out and enjoy the changes we have made.”

Following the ribbon cutting, the day’s first door prize drawing was won by Clarence Draughn. He and his wife Evelyn received VIP tickets to a Winston-Salem Dash baseball game. Prizes were given out all day long, culminating in a grand prize drawing won by David Call, who won a $500 recliner.

The new store features an updated layout with a phone bar, free Wi-Fi, an expanded selection of accessories and easier access.

“Customers are telling us they love the new location,” Sammons says. “The fact that we are right at the traffic light and folks do not have to drive all the way to Walmart makes this a much better spot.”