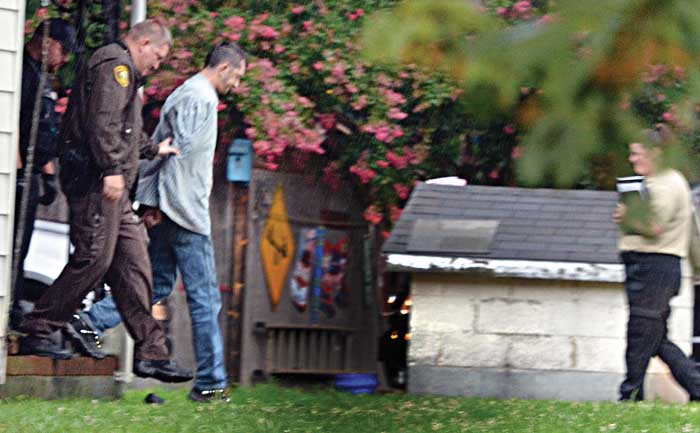 It wasn’t a normal investigation into break-ins, but folks in western Davie County were relieved last week when sheriff’s officers raided a house on Calahaln Road.

They came away with two and a half truck loads of stolen goods valued at an estimated $50,000, and made two arrests. More stolen property has been found elsewhere, mainly in Winston-Salem. Much has been returned to the owners, said Davie Sheriff’s Chief J.D. Hartman.

Kenneth Johnson, 39, of Calahaln Road, was charged with 18 counts of breaking, entering and larceny. He is being held in the Davie Detention Center.

His father, Jerry Johnson, 77, of the same address, was charged with one count of accessory after the fact. He has been released from custody.

Hartman said the calls started coming in last fall, just a few months after the younger Johnson had been released from prison. Still, investigators could not come up with credible leads.

Early this year, the sheriff’s department did something unusual, assigning two undercover detectives to the case. Most strings of larcenies are scattered across the county, or are a one-time visit by traveling thieves, Hartman said. Putting detectives on one case could provide vital information.

Last month, they got a warrant to search the property at 805 Calahaln Road. They raided the house just after 8 a.m. July 14, and were there well into the afternoon confiscating stolen property.