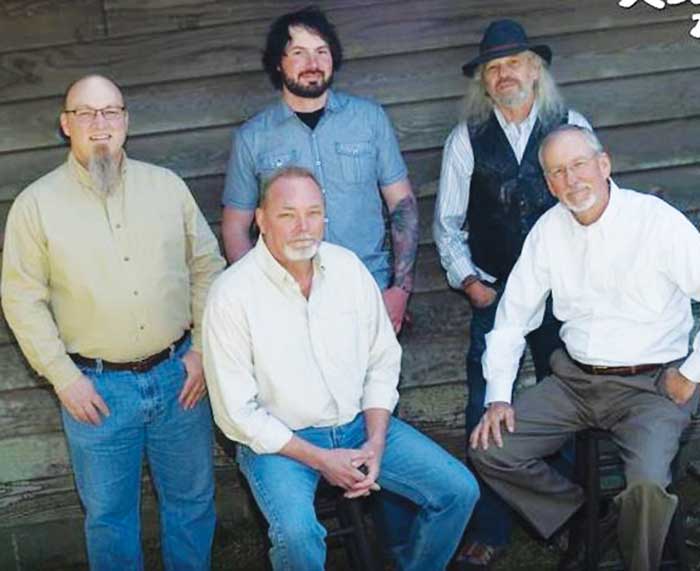 Doors will open at 6 with music starting at 7. The band performs traditional bluegrass and gospel as well as writing and performing their own songs.

Each member brings his or her own style to the harmony and lead vocals.

In 1985, while fishing on a cool fall morning, the sun began to come up over the river. A mist rose up from the water, and Deward Huie was in awe at the beautiful sight in front of him. At that moment, the idea of the bluegrass band name came to him. It would be called The Misty River Band.

Over the past 30 years the band has seen many changes and members, but the thing that has remained consistent is the love of bluegrass music. Check out their music at www.mrbbluegrass.com.

The band has 2 CDs – “Going To The Grove” and “Pickin’ In The Moonlight”.  They performed three years at Merlefest and will be performing on Oct. 10 at the Four Oaks Festival in Mocksville. Other previous places they have performed include Renofest in South Carolina, Union Grove Fiddler’s Convention, local wineries, private parties, and they opened for IIIrd Tyme Out in Taylorsville.

A concession at the community center will have volunteers cooking hamburgers and hotdogs.  Admission is $6.

For further information contact the band, the community center or Rick or Judy Wilson at 492-5962.