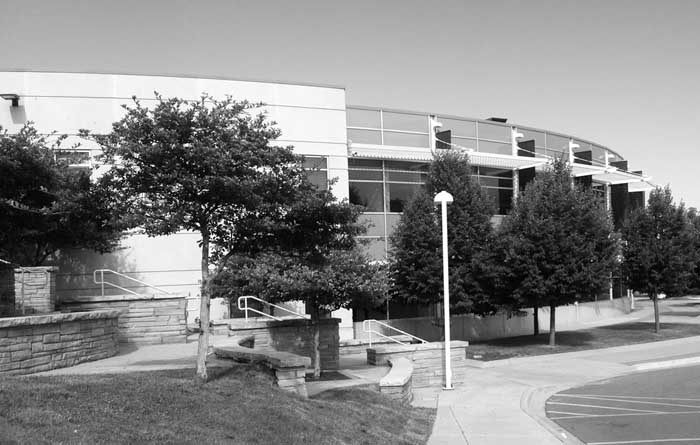 COLUMBINE HIGH SCHOOL — A warren of rabbits played and nibbled on the manicured lawn — 10 of them. It was summer break. Only two humans wandered through a nearby flower garden to disturb them, not the usual hundreds who must tramp through on school days.

Vacationing in Denver, I had deliberately steered our rental car here as we returned from a trek up 14,115-foot Pikes Peak — amid the last remnants of melting snow — where we could see the vistas that inspired Katharine Lee Bates in 1893 to pen “America the Beautiful.”

From that breathtaking high we stopped by this unlikely tourist destination in Littleton, Colo., the scene of one of human civilization’s low points.

It was a “Why not?” moment — not on anyone’s list of things to do while in Denver.

The gawker came out in me.

We easily found the school, but it belied no trace of the April 20, 1999 tragedy that claimed 12 students and a teacher, wounded 23 more and terrorized 1,945 students. As we circled the parking lots, the well-kept school looked like any other. No sign or memorial on the school grounds recalled the day when two heavily armed students opened fire on their classmates, horrifying a nation. We counted the rabbits and thought it odd that there was no memorial.

Back on the street, we spotted the sign a block away: “Columbine Memorial.”

We parked at a very nice baseball complex with picnic areas in full use and still couldn’t find the memorial.

A fellow pointed to a sidewalk leading over a knoll.

With the majestic snow-capped Rocky Mountains rising 10,000 feet in the distance, we found a circle encased in stones and bricks and flowers that beautifully memorialized the victims.

I should have packed some tissues. This is no place to take a retired teacher without something to dab the tears.

Encased in a wall are numerous quotes from Columbine students, faculty and parents:

• “A kid my age isn’t supposed to go to that many funerals.”

• “Those of us who are people of faith in this community turned to God, found He was there and found He wasn’t silent.”

• “When my mom finally found me, she just couldn’t seem to let go of me for the rest of the day.”

About 100 words of text in granite are devoted to each of the victims. Only one of the memorials ventured into the political arena. Most of the texts were serene, but they all reflected deep loss. This was under the name of victim Rachel Joy Scott: “Her middle name described her; she was a Joy! Her beauty reflected her kindness and compassion …. In her diary she wrote: ‘I won’t be labeled as average.’”

Around the circle we stopped at each of the inscriptions. We read and wiped tears. It is a beautiful, gripping memorial intentionally placed apart from the school and tucked below the landscape much like the Vietnam Memorial. The names of the shooters were not inscribed.

Littleton is a prosperous community nestled at the foot of the Rockies. Another Denver suburb was also the scene of the 2012 mass shooting inside a darkened movie theater. With the majesty of God’s mountains rising in the West, this seemed an unlikely setting for evil to lurk.